"Place the palm of your hand on the palm scanner," she said.

He complied and watched the computer screen in front of her read "Verified" in bold green letters.

With that, she looked up at him, shrugging her shoulders.  "In my time here at the testing center, I'm still waiting for someone's identity to change between where you scanned your hand around the corner to here, just 10 yards away!" He smiled and she chuckled to herself.  "Now pull out those pockets and let's seem 'em."

"And the back pockets."

Secretly at this moment, he was hoping a rabbit would appear, but complied again.

She handed him back his driver's license, rose from her computer, and said, "Follow me."

She led the way through a high security door toward a testing cubicle and quietly sat him at a screen that contained an image of his face shot earlier during his check-in process.  She logged him in and there before him was a computer screen with a large American Board of Internal Medicine logo on it.  She pointed out the silver headphones for to the left of the screen.

"Those are for audio, in case there's any of that on your test.  And these to the right are noise-cancelling headphones if you prefer to wear them.  Here's a white board for your use.  Remember we are audio and videotaping everything.  Whatever you do, don't raise your hand at any time unless you need us.  Got that?  We will come get you.  Don't raise your hand otherwise.   Any questions?  Good luck..."

With that the escort left the room.  He sat before the screen and placed the noise headphones on his head.  The screen asked if he wanted to take a tour to familiarize himself with the features available on the software before starting his test.  He clicked the "Yes, tour" button.

With that, the screen flickered and went black. He could hear the noise cancelling headphone suddenly begin to make sounds. 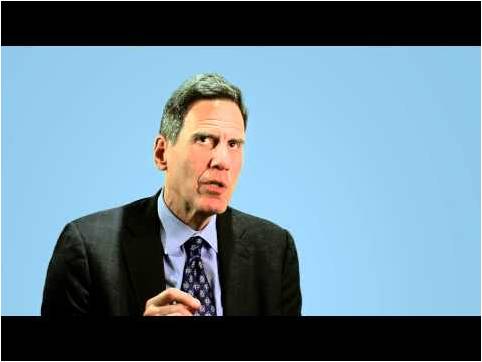 A picture appeared on the screen as the mysterious voice continued: "This is Dr. Richard J. Baron, the mastermind and ring-leader of the American Board of Internal Medicine that supports the security and secrecy procedures that you have just endured.  He and his many well-paid collaborators have conspired to create a series of time-consuming and anxiety-producing tests and questionnaires designed to frustrate and instill fear in their professional membership. It has become clear that their processes are being promoted as a measure of physician excellence, when in fact, it sets a floor of performance standards for physicians while assuring the continuation of their administrative positions. Your mission, should you decide to accept it, is to pass your test so you can continue to demand accountability for the high salaries of these physician admistrators and the expense of this process that are soon to be imposed on physicians every two years. ... But remember, if you fail to pass, the Secretary will disavow and knowledge of your actions and perhaps your ability to practice medicine...  Good luck.  (This program will self-destruct in five seconds)..... * bbbbzzzzaaaaaaaappppppp *"

And with that, a small puff of smoke arose from computer and the screen went black briefly before it returned to the ABIM logo screen. The menu there again asked if he wanted to start the test.  He clicked the "Yes, start the test" button on the screen. A contract screen appeared reminding him that he'd only be able to take the test if he agreed to be disavowed and reported to credentialling agencies if he divulged any test content or materials to anyone at anytime.

Realizing his wife would kill him for wasting thousands of dollars if he refused, he clicked "I Agree."

The first question appaered while the clock in the upper right corner of the screen began counting down. (A familiar theme song began playing in the background)