Note to reader: From another hospital years ago. Really.

She was older, frightened, and anxious about her racing heartbeat which woke her from sleep. She had come to the ER at about 2AM by ambulance after she noted considerable lightheadedness and some shortness of breath. Her initial EKG disclosed a heart rate of 200 b/min: 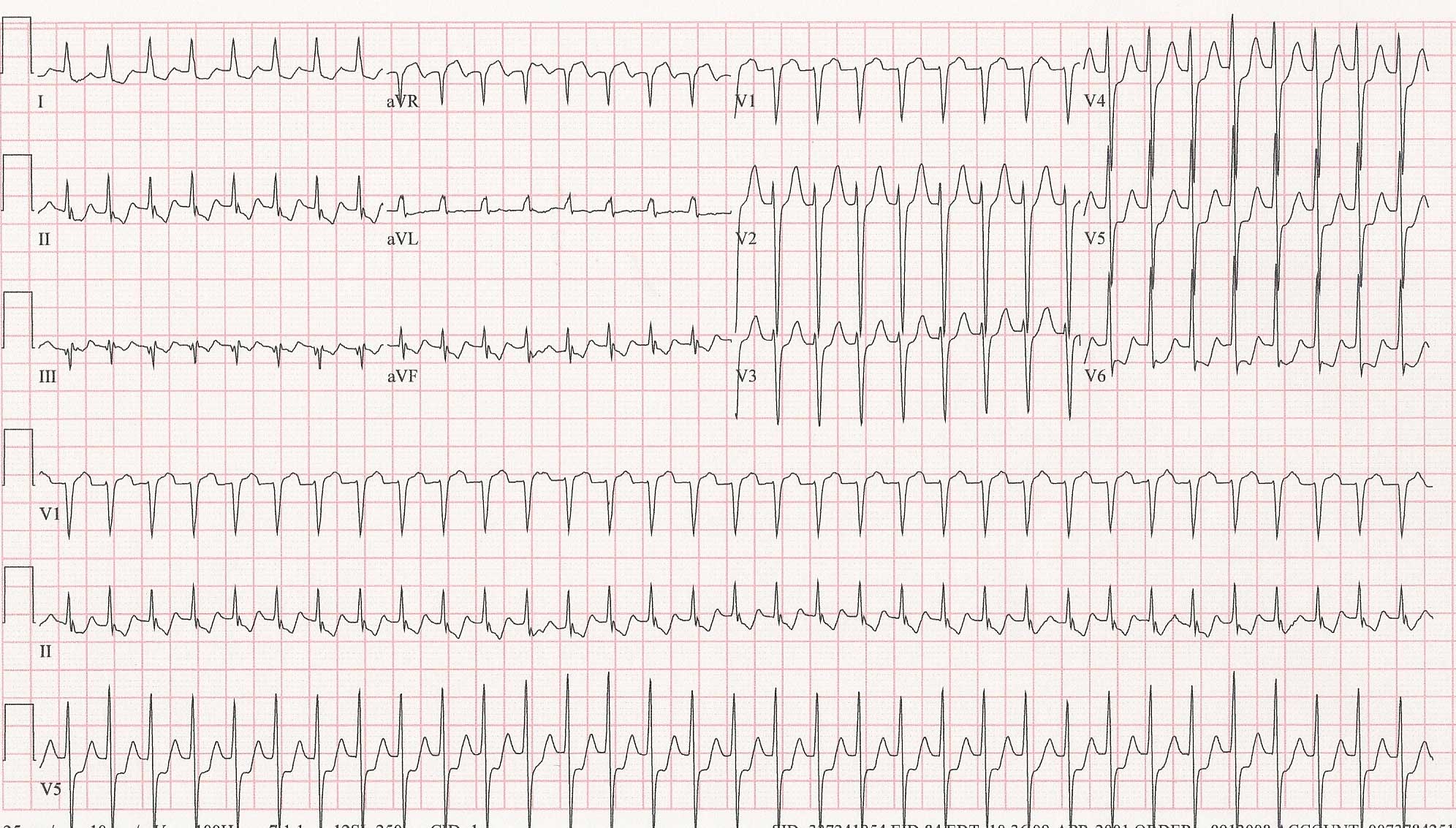 The capable, bleary-eyed ER staff performed their magic: vitals, oxygen, blood pressure, telemetry and six- and then twelve-milligrams of adenosine: 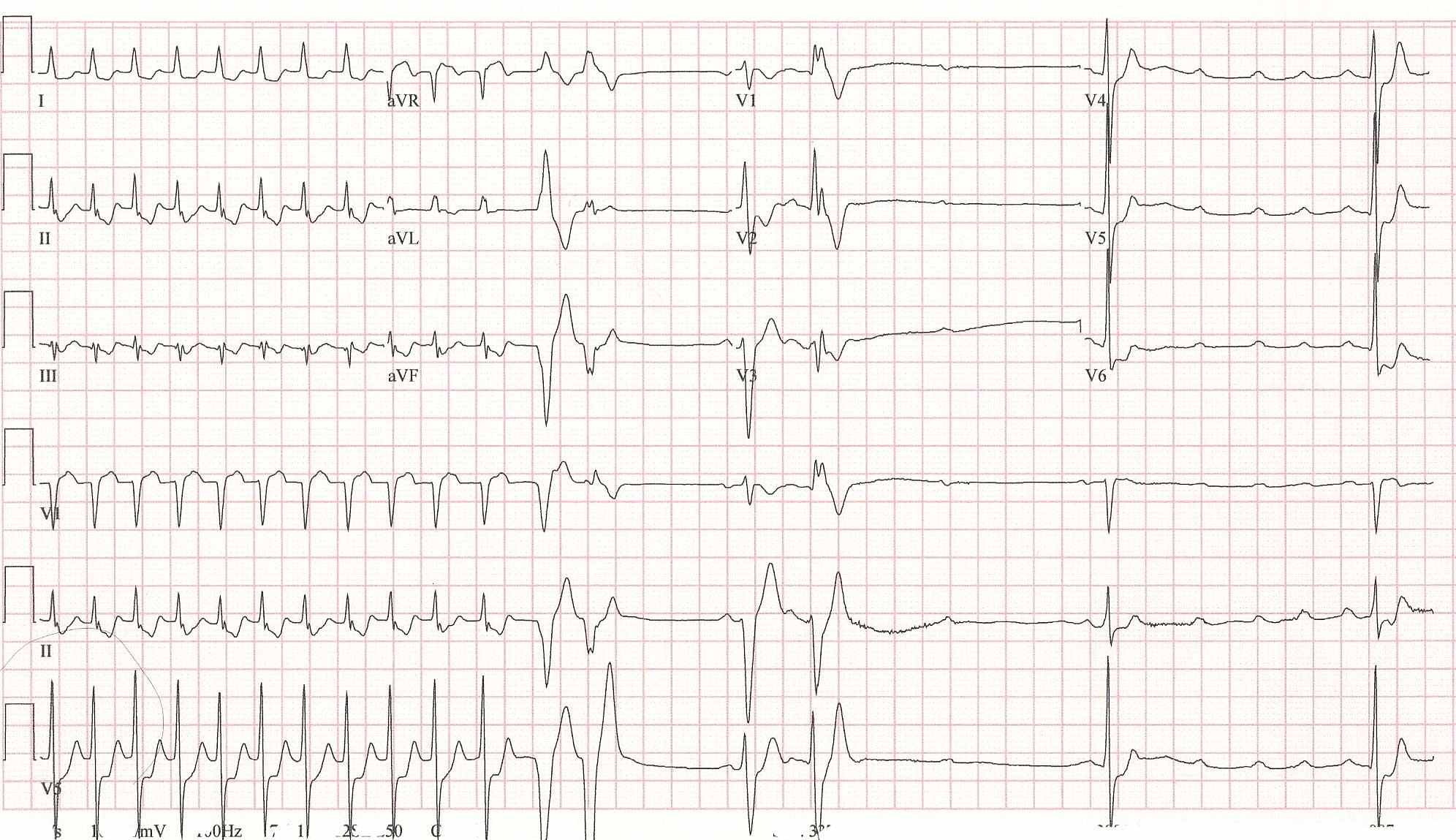 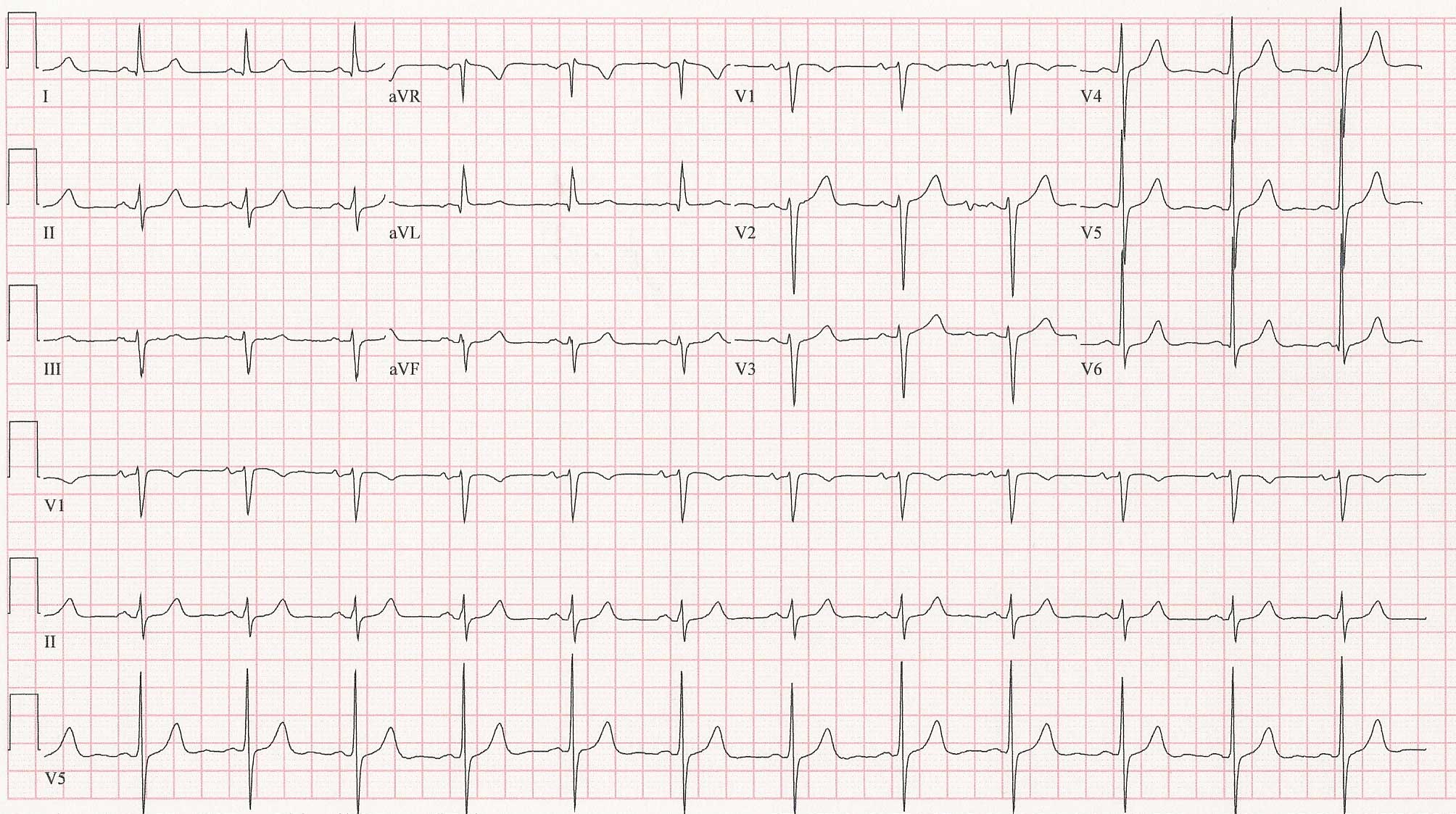 But it was late and the doctor thought she should be admitted. Fast heart rhythms like that might be a real problem, after all. The only problem was, she didn't want to be admitted.

ER Doctor: "No ma'am. You need to be admitted. You had a heart rate of 200! I think you should be admitted, seen by our cardiologist in the morning and make sure you're going to be okay. Besides, it's awfully late. What will you do if it comes back?"

She pondered this a moment, looked at the circles under the doctor's eyes, and decided to go with the flow. She was admitted, taken upstairs and tucked in for the night.

But they forgot to connect her telemetry. All the stickers and heplock were in place, but the monitor was not connected. Seizing the opportunity, she acted. She quietly removed her hospital gown, donned her clothes and laid the monitor in a neatly wrapped pile beside her bed. She put on her shoes, went into the bathroom and adjusted her hair. She approached her door and peered left and then right. No one was in view. The light was turned off and she walked out. On the way to the main lobby, she called a taxi from the house phone and waited for it to arrive.

Then she was gone.

She proceeded home and slept in her own bed, EKG stickers, heplock, and all. She woke around 10:30 AM and realized she better get back to the hospital. She changed her clothes, brushed her teeth, ate a quick breakfast, and returned. She parked her car, went back to her room, and saw that a food tray had been left at her beside next to the monitor cables. She changed back in to her hospital gown, smiling as she thought about her evening. A few moments later a man in a white coat appeared:

"I'm sorry, I must have missed you earlier, I'm Dr. Frigamafratz, the cardiologist sent to see you..."

She snarled: "Where have you been?"

That is just too funny

AWESOME. She's the best. WAY smarter than her doctors.

I'm in training to be her! I was admitted on New Year's Day for observation to start verapamil after my second adenosine treatment for persistent SVT post ablation a week earlier, which had also resulted in an admission. All I wanted was to shed that damned johnny, put real clothes on & get the hell out of the hospital, so when I had yet another SVT episode while getting dressed after they discharged me & I took off my monitor, I just left. I figured I could always go back if the SVT didn't stop, but I managed to break it on the subway on my way home & never looked back. Doing fine now, even off the verapamil.