With MOC, Will Working Physicians Ever Get Their Day in Court? 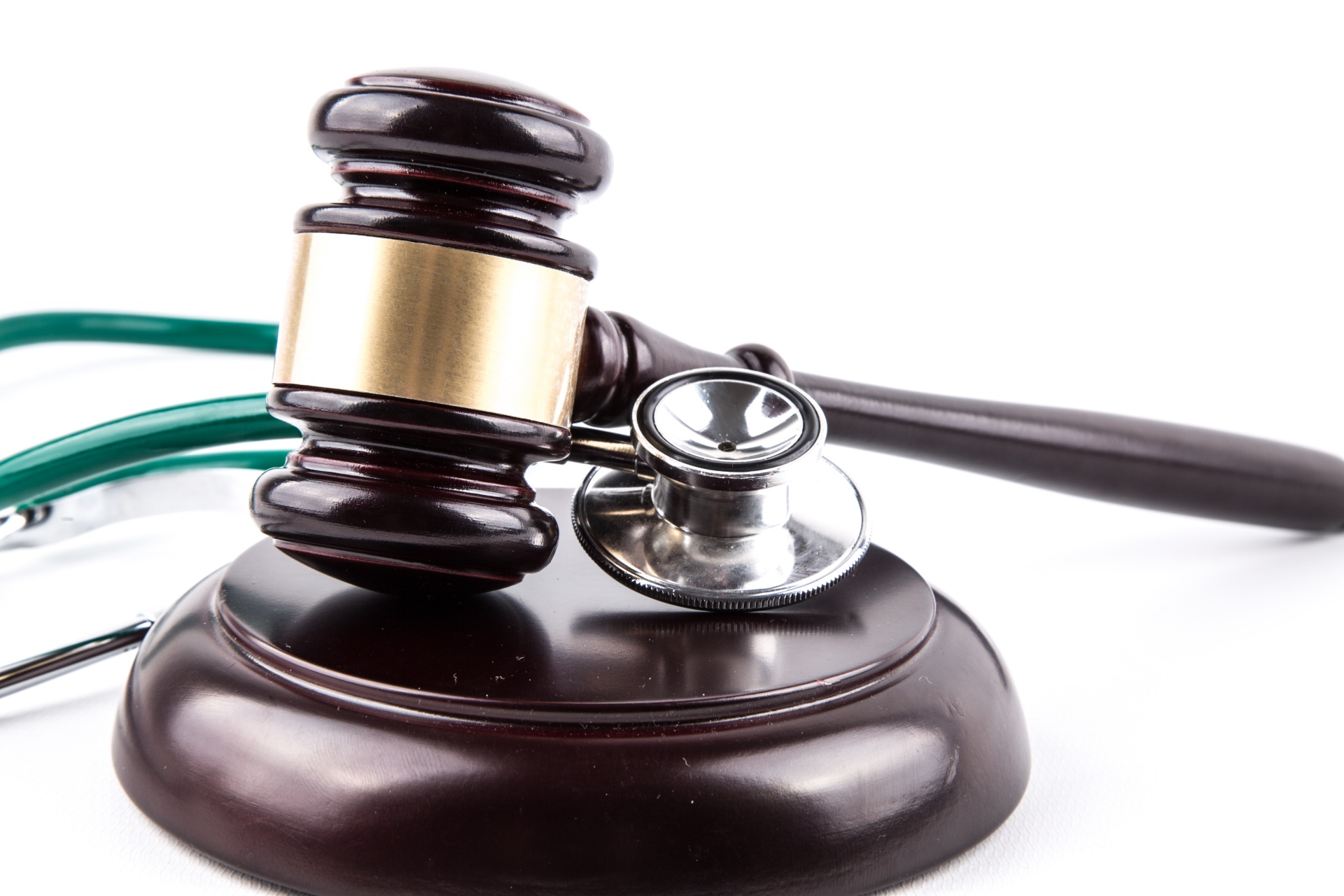 For the past seven years, the American Board of Medical Specialties (ABMS) member boards have been under fire regarding their trademarked Maintenance of Certification® (MOC) program that shifted lifetime ABMS board certification to a time-limited US physician credential in 1990.

The logic for this two-product theory is simple. Before January 1, 1990, the CPD product was truly voluntary for physicians to perform. But after a trial run of this voluntary testing, fewer and fewer physicians opted to participate in the program in large part because of its unproven value and expense. To counter the declining enrollment, the American Board of Internal Medicine (ABIM) "Task Force" (and eventually all other ABMS member boards) decided to tie participation in the ABMS CPD product to the validity of a physician's initial assessment of their post-graduate training:

"Thus, the stage was set for the Board to embark on a new era in which its diplomates would be asked, but not required, to renew the validity of their certificates at periodic intervals or face the uncertain circumstances of loss of their status as certified internists, subspecialists, or holders of certificates of added qualifications."(1)

It didn't matter if a physician had participated in other self-directed Continuing Medical Education (CME) on their own accord; unless a physician performed the ABMS-sanctioned CPD program, they would lose their original ABMS board certification credential and the privileges that credential imparts to physicians in terms of academic, professional, and economic value.

This tie between a physician's original post-graduate assessment and lifelong continuous professional development proved remarkably lucrative for the ABMS and their member boards. So much so, that the ABMS CPD program was later trademarked as "Maintenance of Certification®" (MOC®) and had its own profit line on ABMS member board tax forms. The tie was so lucrative, in fact, that the largest member board, the ABIM, created an undisclosed shadow organization, the American Board of Internal Medicine Foundation (later renamed the ABIM Foundation) and secretly funneled tens of millions of dollars for nearly ten years without disclosing its existence to physicians and the public and purchased a $2.3 million condominium for themselves. After its public debut online in 1999, the ABIM Foundation later off-shored millions of those funds to the Cayman Islands in 2015.

Is it any wonder that physicians would be upset?

Yet here we are.

So far, the ABMS member boards have had exceptionally good fortune protecting their MOC® product in court, arguing before various district court judges that ABMS board certification is not two products that are illegally tied, but rather just one big "board certification" product.

Last week was no exception. The long-running lawsuit filed by the Association of American Physicians and Surgeons (AAPS) suit against the ABMS was dismissed with prejudice.  In addition, the antitrust suit field by two psychiatrists against the American Board of Psychiatry and Neurology (ABPN) was similarly dismissed (along the same legal lines of the ABIM and ABR lawsuits) but WITHOUT prejudice. (The judge left room here for the original Complaint to be amended - perhaps because the ABR lawsuit was later amended and has been fully briefed but not yet decided).

It is interesting to this observer that there has been little fanfare in the media regarding these last two rulings in favor of the ABMS member boards. I suspect the ABMS and their associated specialty boards know that all eyes are on the ABIM antitrust lawsuit appeal recently filed. That appeal explains the two-product tie created by the ABIM clearly. Perhaps they'd rather not bring attention to that case that's due for oral arguments on the 23rd of October. So much hinges on the outcome of that case for both them and working physicians.

Irrespective of the cases outcome, however, the credibility and value of ABMS board certification has been tarnished forever. Given the revelation of the conflicts of interests and lucrative nature of ABMS board certification, rhe only way the ABMS brand could redeem itself is for a full accounting of all that has transpired against working physicians by these self-appointed non-representative academic physicians and the non-physicians corporate directors now at the helm of these lucrative ABMS specialty boards.

(1) Richard J. Glassock, MD, John A. Benson, MD, Robert B. Copeland, MD, Herman A. Godwin, MD, et al. Time-Limited Certification and Recertification: The Program of the American Board of Internal Medicine. https://doi.org/10.7326/0003-4819-114-1-59
P.S.: Working physicians are still encouraged to support these important ongoing legal battles by contributing to the GoFundMe page sponsored by Practicing Physicians of America.
Posted by DrWes at 9/29/2020 08:13:00 AM 16 comments: Links to this post

Email ThisBlogThis!Share to TwitterShare to FacebookShare to Pinterest
Labels: AAPS, American Board of Psychiatry and Neurology, anti-trust, lawsuit, legal, Maintenance of Certification, MOC

Since December 2018, a rash of antitrust lawsuits have been filed against the American Board of Medical Specialties (ABMS) and their member boards. While it might seem that little has transpired since then since there are rarely press releases about the court dealings underway, I thought it would be helpful to bring my physician colleagues up to date on the current status of the many lawsuits in play, as best as I can tell from public record.
What follows is a roundup of those lawsuits and the current legal activity as confirmed public court dockets at Pacer.gov, the legal search engine used by the courts.

The second monopoly and third RICO claim were dismissed without prejudice, in part because the court felt the Plaintiffs lacked "standing" and failed to document their monetary damages. The fourth unjust enrichment claim was also dismissed with prejudice, despite some agreement with the plaintiffs: "Clearly, the first two elements of unjust enrichment are met for Plaintiffs that purchased MOC. However, the third element is not met because it is not inequitable for ABIM to keep the benefit since it did not “force” Plaintiffs to purchase MOC. Plaintiffs were, of course, free to decide to no longer be certified by ABIM and to, therefore, not purchase MOC." (To this physician, it appears the court did not fully understand the consequences to physicians who fail to purchase MOC in terms of insurability, employability, and legal and professional reputation.)

On 4 May 2020, this entire case was appealed (Case 20-1007) to the 3rd Circuit Appellate Court on the grounds that "The district court assumed there is one product without any basis other than its unsupported conclusion that internists are “actually buying” ABIM certification rather than certifications and MOC. In doing so it arrogated to itself determination of the ultimate factual issue, and simply took as true ABIM’s arguments rather than Plaintiffs’ factual allegations to the contrary. A proper reading of the Complaint taking all well-pled allegations as true and construing all inferences in their favor confirms Plaintiffs have alleged facts showing certifications and MOC are separate products and have also alleged all other elements of a per se tying claim. Thus, dismissal was erroneous and should be reversed."

In addition, regarding the RICO claim, the amended complaint states: "The RICO scheme here is simple and plausible. ABIM’s first CPD product, its voluntary 'Continuous Professional Development Program,' failed due to lack of sales. ABIM realized its new CPD product, MOC, could generate the fees desired by ABIM only if internists were forced to buy MOC to keep their certifications from being revoked. Knowing MOC could not succeed on its own merits, ABIM waged a campaign, “to deceive the public, including but not limited to hospitals and related entities, insurance companies, medical corporations and other employers, and the media, that MOC, among other things, benefits physicians, patients and the public and constitutes self-regulation by internists.”

At present, it appears oral arguments from both sides will be heard before the Appellate Court 23 Oct 2020.

This is another class action antitrust case that claims the following: "Defendants conduct alleged herein constitutes illegal tying of the purchase of MOC to defendants’ initial medical specialty certifications, as well as the creation and maintenance of a monopoly in the MOC market. During the relevant period, defendants and co-conspirators engaged in a continuing combination or conspiracy to unreasonably restrain trade and commerce in violation of the Sherman Act by the conduct alleged herein, artificially reducing or eliminating competition in the MOC market, and artificially fixing, raising, and/or maintaining the costs of MOC in the United States. Such conduct constitutes a per se violation of the Sherman Act."

There was an attempt to consolidate this antitrust case with the former ABIM case, but that attempt failed. Each case will be tried individually.

There have been multiple entries on Pacer.gov for changes of lawyers but no activity documented on the court docket since June 2020.

This case was initially dismissed by the judge, largely on grounds based on precedent created by the ruling of the similar antitrust case filed earlier against the ABIM. However unlike the ABIM case, the plaintiff opted to amend his complaint with much more evidence to support his claims.

The case now awaits the decision of the judge on whether the Plaintiff's Amended complaint merits moving the case forward or dismisses the Plaintiffs complaints. The timing of that decision is uncertain given the pandemic and court back-log but may come before the end of the year.

A ruling has yet to be made in this case, since the case was referred to a new District Judge with many other cases to review. As expected, the ABPN filed a brief moving to dismiss the Complaint which the Plaintiffs opposed. The Plaintiffs then supplemented their complaint with information from the ABIM and ABR cases underway. ABPN then filed a brief the those amendments again moving to dismiss the latest Complaint. More recently, the Plaintiffs brought to the attention of the court a recent decision by the 7th Circuit Court of Appeals Viamedia, Inc. v. Comcast Corp. and Comcast Cable Comm. Mgmt., Inc., No. 18-2852 that may have bearing in their case against the ABPN.

The case now awaits the decision of the judge on whether the Plaintiff's Amended Complaint merits moving the case forward or dismisses the Plaintiffs complaints. The timing of that decision is uncertain given the pandemic situation and the judge's case docket.

I hope this brings the US physician community up to date regarding the many class action antitrust lawsuits underway against the American Board of Medical Specialties and its member boards.

Physicians wishing to support the ongoing legal efforts of the physician Plaintiffs are encouraged to contribute to the GoFundMe page set up by Practicing Physicians of America for these efforts.
Posted by DrWes at 9/12/2020 01:53:00 PM 8 comments: Links to this post