George Orwell's 1984 struck the Fisher household last night. We received this in the mail: 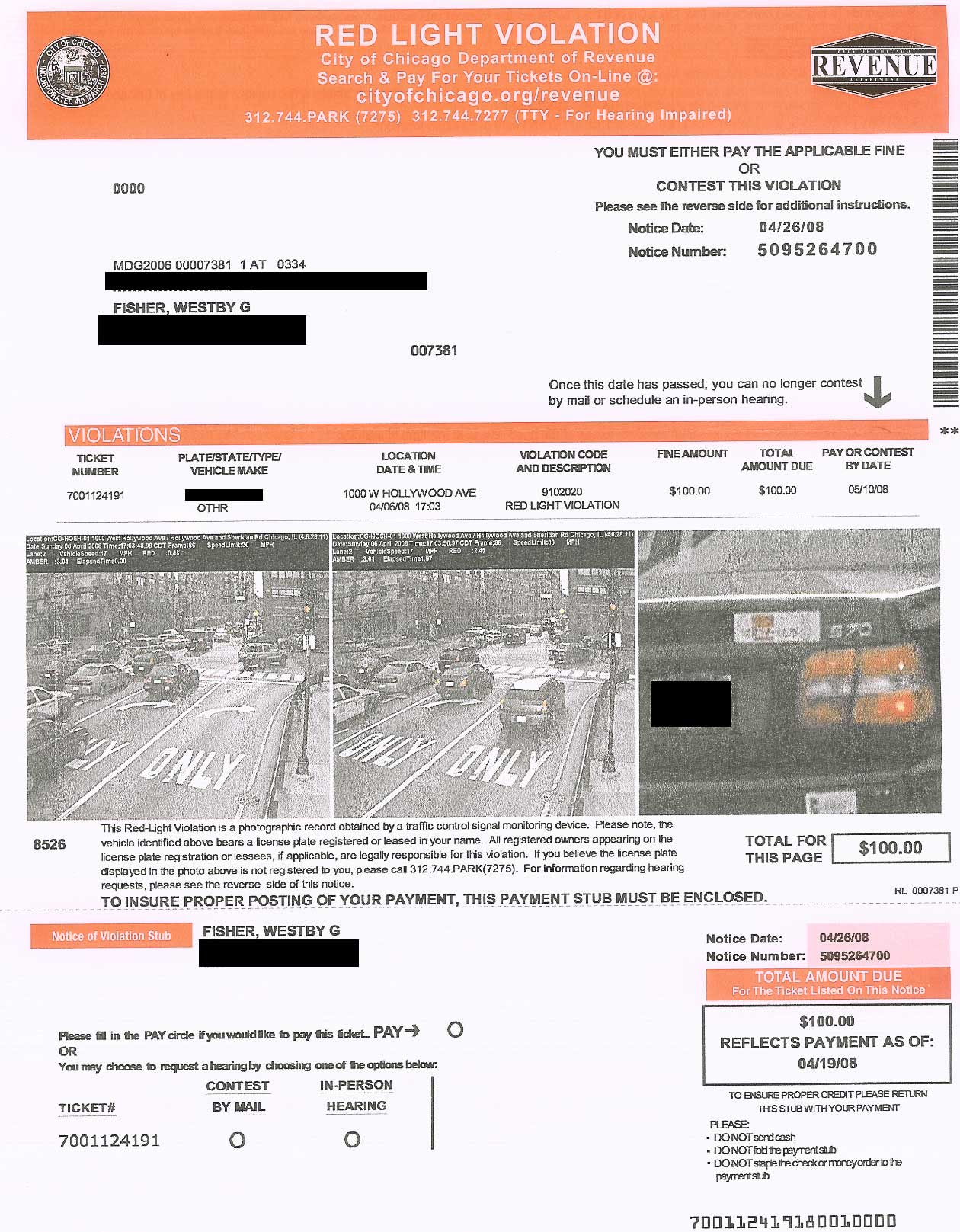 A government camera caught this traffic "infraction" and the ticket was set to me. But I, you see, was not the driver. My son was.

And so, a tangled conversation ensued, tempers flared, motives questioned, circumstances unknown and impossible to reconstruct - all caught in a series of still-frame photos. After all, there are laws - rules that must never be broken - absolutes - especially when you want to get paid, like the City of Chicago wants to get paid. I felt myself wondering if this is justice or a means to a very monetized end. Worse still, I was not the perpetrator, but the "responsible party."

In a strange way, I saw this ticket as an extreme example of "Pay for Performance (P4P)" - just like we are implementing in healthcare. P4P is another government-mandated endeavor to assure the best quality of healthcare through the use of "absolute truths" agreed upon by a body of experts. There can be no room for negotiation, no original thought involved. Follow the rules and you will get paid. After all, as the ticket says in the upper right corner, it's not about the patient, it's all about this:

You see, there was some irony here for I had just run a red light, too.

The police had barricaded the railroad crossing gate near my home in front of the usual road I usually travel yesterday. I saw the railroad gate was malfunctioning: it kept going up and down, up and down repeatedly without pausing in any position. It seemed the stop light mechanism was tied to the gate's action, only turning green would never turn green before the gate lowered again. Without action, traffic would have never moved if each of us at that intersection had not used careful judgment and broken the stoplight law and proceeded with caution.

So I got home without incident, relieved that no one was hurt and that I had creatively problem-solved a predicament and done my part to relieve traffic congestion safely.

Now, though, I guess I'll wait for my ticket in the mail.

And look forward to inflexible Pay for Performance initiatives that make us march lock-step in the name of excellence in medicine.

Is P4P paying for quality or increased access for patients? In otherwords are they basing it on customer satisfaction surveys, morbidity, infection rates, blah, blah, blah.

"Quality" is whatever the government deems it to be. Nothing more, nothing less.

I found myself asking another question about this traffic ticket which is analogous to P4P: will my insurance rates now be docked since this qualifies as a "moving violation?" Similarly, will a physician's outcomes information provided by the government to "consumers" of healthcare be docked due to the negligence of others? It seems so. After all, the primary attending is always the "responsible party."

"I love you, City of Chicago!"

In some states giving tickets based on camera shots are now forbidden as they violate presumption of innocence. After all, they assume you were driving your car and thus they are assuming you are guilty, leaving you with having to prove otherwise.

I get where you are coming from... I really do. But......! I'm from the UK and we have plenty of cameras. We get caught speeding sometimes, and sometimes we run lights by accident. At the end of the day, though, we break the law when we do that, and we endanger people - we create a risk that we'll be putting people in the very same hospitals that you work in.

Now... For people who make an honest mistake and maybe aren't paying attention, it teaches you to be a little more careful. It sucks at the time, and it costs a bit of money, but it does teach you a bit.

And the people who regularly run the lights willfully, it eventually stops them, and that is a genuine benefit to safety.

Americans seem to be wary of this right now, because they don't want to get caught for a foolish mistake, and that's an understandable sentiment. But if a difference is made, it may put a large dent in road injuries and fatalities, and that's no bad thing. We have all known people who have been lost that way.

Remember... It's not that you're getting punished for something new, or tracked by some super-secret omnipotent government agency (remember, it says that you mustn't fold the payment slip, or it won't be able to read it! :) ). The fact is, you're being effectively held to a law that you knew before and sometimes failed to observe. Nothing much has changed... They're just better at enforcement now.

You make some pretty broad claims.

Are the red light cameras improving safety at intersections?

There is a significant interval between the "infraction" and the "punishment." Is this effective at increasing safety or just increasing revenue.