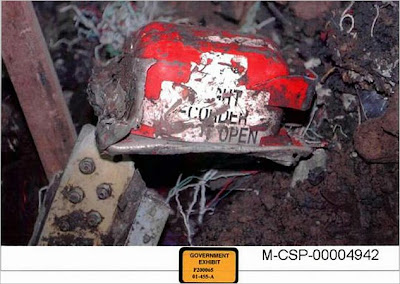 While I've often wondered about emulating the airline industry, there is one innovation that single-handedly has determined the cause of many airline crashes: the on-board flight recorder, or "black box." Anytime there's a crash, it's what the recovery teams look for on land or the divers seek in the sea. It's the constant stream of retrospective data provided by the flight recorder that allows researchers analyze the conversations, wind conditions, air speed, aileron positions, altimeter recordings, and the like of a flight so the circumstances that lead to the ultimate catastrophe can be recreated. The data from the flight recorder has undeniably improved the airline industry's accident rates.

Regrettably, medicine is losing our black box: the autopsy.

Certainly, with the amazing advances in imaging, we have an unprecedented ability to peer inside the body with remarkable clarity to understand disease processes. Many argue that our understanding of events leading to the death of a patient are better defined than ever before - so why an autopsy?

One only needs to look at the multiple causes of a lung infiltrate on chest x-ray to understand what could be learned: was it caused by infection (bacterial, fungal, viral, worms?), or hemorrhage, or inflammation (bronchoalveolitis obliterans, sarcoid, amyloid, or many other causes), that this person died? Were we treating the correct diagnosis? Would management have been different had we known? Could future lives be saved by a better understanding of the precise cause of death of this one, unfortunate individual?

We will never know. But now we can consistently proclaim, "we did the best we could."

Gone are the days where a third year medical student can hold a heart in his or her hand, smell pseudomonas, see an occluded or anomalous coronary artery or aortic stenosis in person. In effect, medicine has lost the color of human reality in exchange for the black and white images on a monitor screen.

And where are the continuing quality improvement advocates in this debate? They're looking at the living and forgetting about the mistakes that are buried. Yes, Virginia, we do get it wrong sometimes but you'll never know now.

Unfortunately, autopsies are expensive: performed by pathologists who take samples, prepare slides and cultures, write detailed reports scrutinized by lawyers, and occasionally do high-tech tests like electron microscopy to define an answer. In our constant efforts to shave costs, the autopsy's "return" on investment to the education of future physicians is lost since the patient is already dead - another data point chalked up to "mortality." Death, then, has now officially lost its value to the future education of our physicians.

So as the dehumanization of medicine continues, rest in piece, Mr. Autopsy.

Us old farts in medicine will miss you.

"Were we treating the correct diagnosis? Would management have been different had we known? Could future lives be saved by a better understanding of the precise cause of death of this one, unfortunate individual?

That point resonates with me.

In my case, I am still not cured and time keeps on passing by to the extent that I wouldn't be surprised that I will belly up before a cure comes my way.

Is there autopsy insurance? Can you pre-pay for an autopsy, like a funeral expense? The differential diagnosis includes some dominantly inherited diseases and I have two young children. Yikes.

Will it be: "Gosh we never did fix that one, let's open up the hood and have a looksee" or "Whew, one less complainer".

Is it too morbid to pre-request an autopsy? ;) "oh, there she goes again being all dramatic"

While expensive, in the UK, our failure to do autopsies is nothing to do with the cost. As a student I used to go to lunch time teaching based on the autopsies of the day. Quite often there were 3 or 4. Over 30 years later in a similarly sized hospital my students see none. While you are right that our imaging and other investigations have improved, you do not know whether or not you are getting it right unless to do an autopsy. In the old days the evidence was that quite often we got something important wrong. I suspect we still do. In the UK the public have brought this upon themselves because of an outcry over stored organs in path museums. But I wonder if similar public attitudes have also contributed in the US?