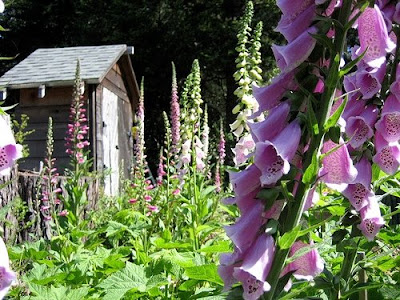 Heard about this from a patient tip after she had a problem getting a refill at the local Walgreens as they scramble to re-stock:

Actavis has issued a nationwide recall of Digitek (digoxin tablets) due to the possibility that tablets with double-thickness, containing twice the approved level of active ingredient, may have been commercially released. The existence of double strength tablets poses a risk of digitalis toxicity in patients with renal failure. Digitalis toxicity can cause nausea, vomiting, dizziness, low blood pressure, cardiac instability, bradycardia, and possible fatality. Several reports of illness and injuries have been received.

Thanks for the info - and great picture of the foxglove, too - it's such a beautiful plant. Used to have it in the garden, but then worried about the possible toxicity for the kids....

Mmm, nice colors and what a wonderful halo around the light. :-)