"I know an old lady who swallowed a fly. I don't know why, she swallowed that fly..."

Hard to believe, but it happened again: another close encounter. But this time after a the last case of the day was completed. The photo documentation was made by a bystander's cellphone who looked on with such amazement that, well, it just HAD to be recorded for posterity: 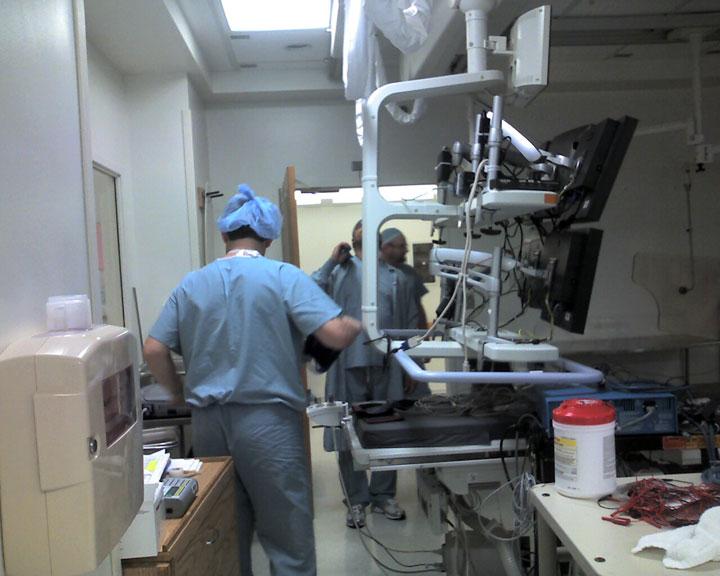 Dr. Wes assesses the situation.
How does one reach the light where he's landed? 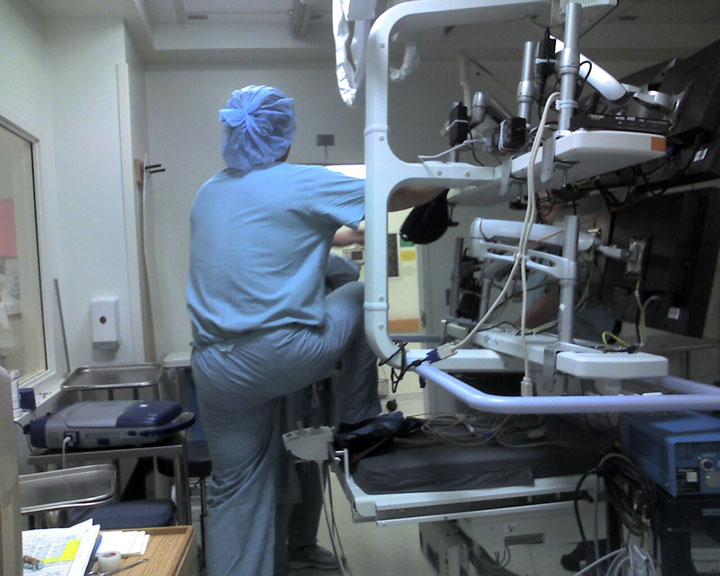 A little step here and a little step there to scale the cath lab table.
"It is locked, right guys?" 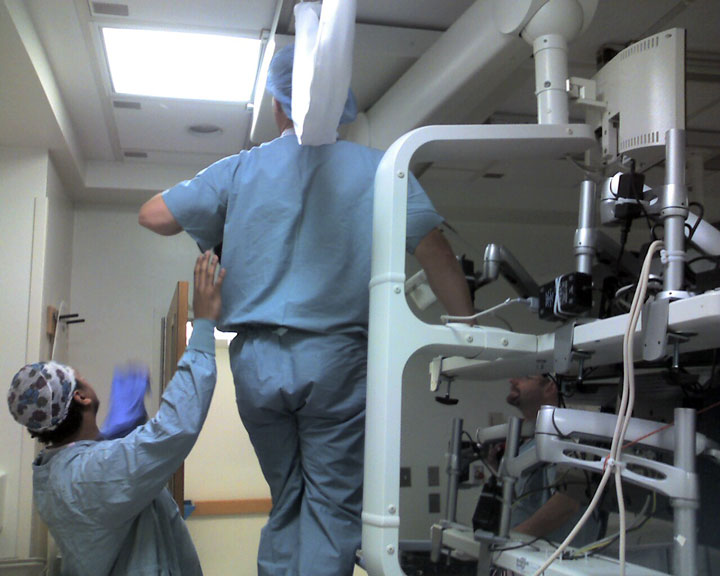 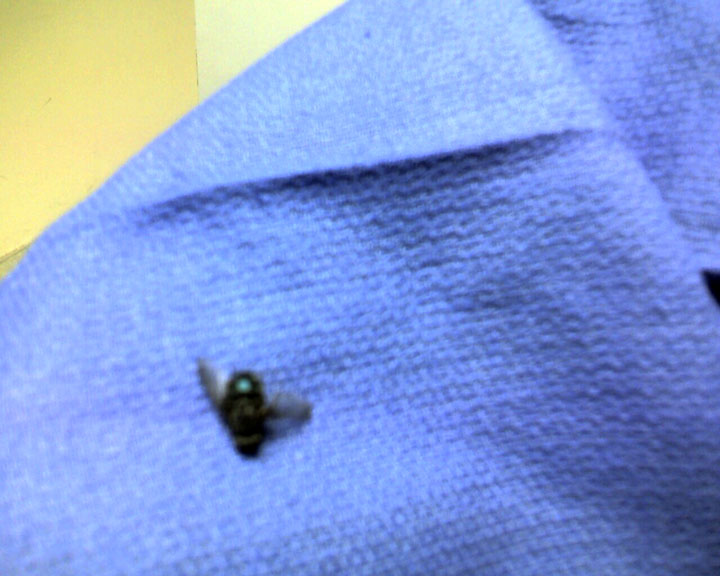