A New Twist to the Medical Tourism Debate 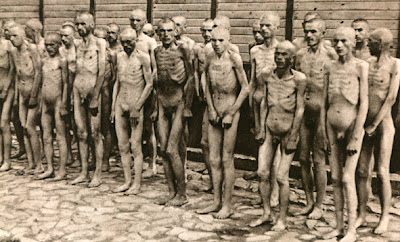 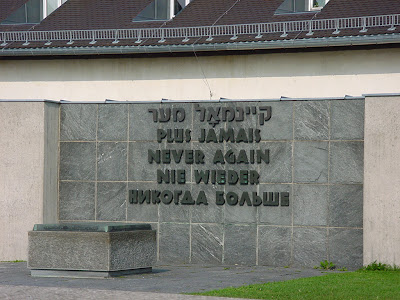 The sign outside the Holocaust museum in Dachau, Germany says "Never Again."

Although I've spoken about the problem with Medical Tours regarding its economics to our health care system, now there is another more pressing ethical issue regarding this practice reported in the Wall Street Journal:

Rising demand for organ transplants in developed countries, coupled with the spread of transplant technology to the developing world, is fueling a global commerce in body parts between the rich and the poor. Israel is one of the only nations where insurance companies cover the cost of foreign transplants, and several companies there have built businesses around helping people like Mr. Abelson to arrange organ transplants in China. Plenty of people are willing to pay out of their own pockets, and transplant patients have also been streaming into China from the U.S., Germany, the Middle East, Japan, South Korea and Singapore. (In the U.S., insurance companies generally won't pay for such procedures.)

In recent months, however, controversy over the ethical issues surrounding the practice has come to a head in China, Israel and elsewhere in the global medical community. China's Ministry of Health recently instructed hospitals to stop performing transplants for foreigners, arguing that patients from wealthy foreign countries shouldn't be getting organs when not enough are available for Chinese citizens who need them. But it's not yet clear how rigorously the new rule will be enforced.

Amazing that Mr. Abelson, an Israeli, is supporting transplantation of organs without regard to their origin. Many of the people of Israel are relatives of Holocaust survivors who endured forced medical experimentation as prisoners of the Nazis. Are we really comfortable that prisoners will never be executed unjustly for economic incentive? With China's human rights record, are these kinds of questions relevant only when it is convenient to our needs? Who should understand the dangers of moral expedience more than Israel?

Lets hope this discussion will lead to an end to this practice of transplant tourism.

"Transplant tourism" has quickly become the sensational spin-off of "medical tourism." Both are misnomers.

While no sentient human being--let alone a medical professional--would condone executing human as a method of obtaining organs for transplants, we should not be so quick to group this heinous practice with the many legal and ethical methods available to patients in need of transplants.

Venerated institutions such as the Albert Einstein Jewish Hospital in Brazil and the National Heart Center in Singapore (both JCI-accredited), offer choices for patients in need of liver, heart, pancreas and a host of other transplant procedures.

Let us not allow a few rotten apples (most notably China) to smear the reputations of the many legitimate clinics and practitioners.