Sometimes, It's the Little Things

A little fun for Friday afternoon:

A new patient presents for a pacemaker check and is found to have a number of "noise reversion" notifications nine months after his St. Jude dual chamber pacemaker was implanted at an outside institution. The electrograms from one of those noise reversions are seen here:

The patient was not pacemaker-dependent. Arm motion and manipulation of the pocket failed to reproduce the noise and his lead appeared to be working properly at the time of evaluation with normal (stable) impedances and capture thresholds.

The ventricular lead was reprogrammed to a unipolar mode and observed. He returned two weeks later for a reassessment and the same findings were found. He was ultimately taken to the EP lab for lead revision.

A venogram was performed just before the procedure that disclosed the following: 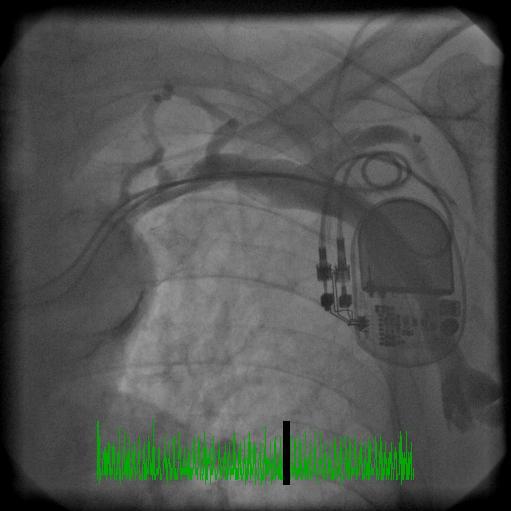 A therapeutic procedure was performed.

Good case. Venogram is a distractor. The LV lead screw is loose. Needs to be tightened.

The RV lead is not fully inserted into the header. You can't assume that the screw is loose - remember, this was not Dr. Wes who did the implant. :)