It was just another concerned patient: another victim of a screening test… a patient caught by our trolling net of screening tests for the worried well.

This time is was a “screening” for atrial fibrillation: charged to the patient and their employer under the guise of a corporate “wellness” initiative: 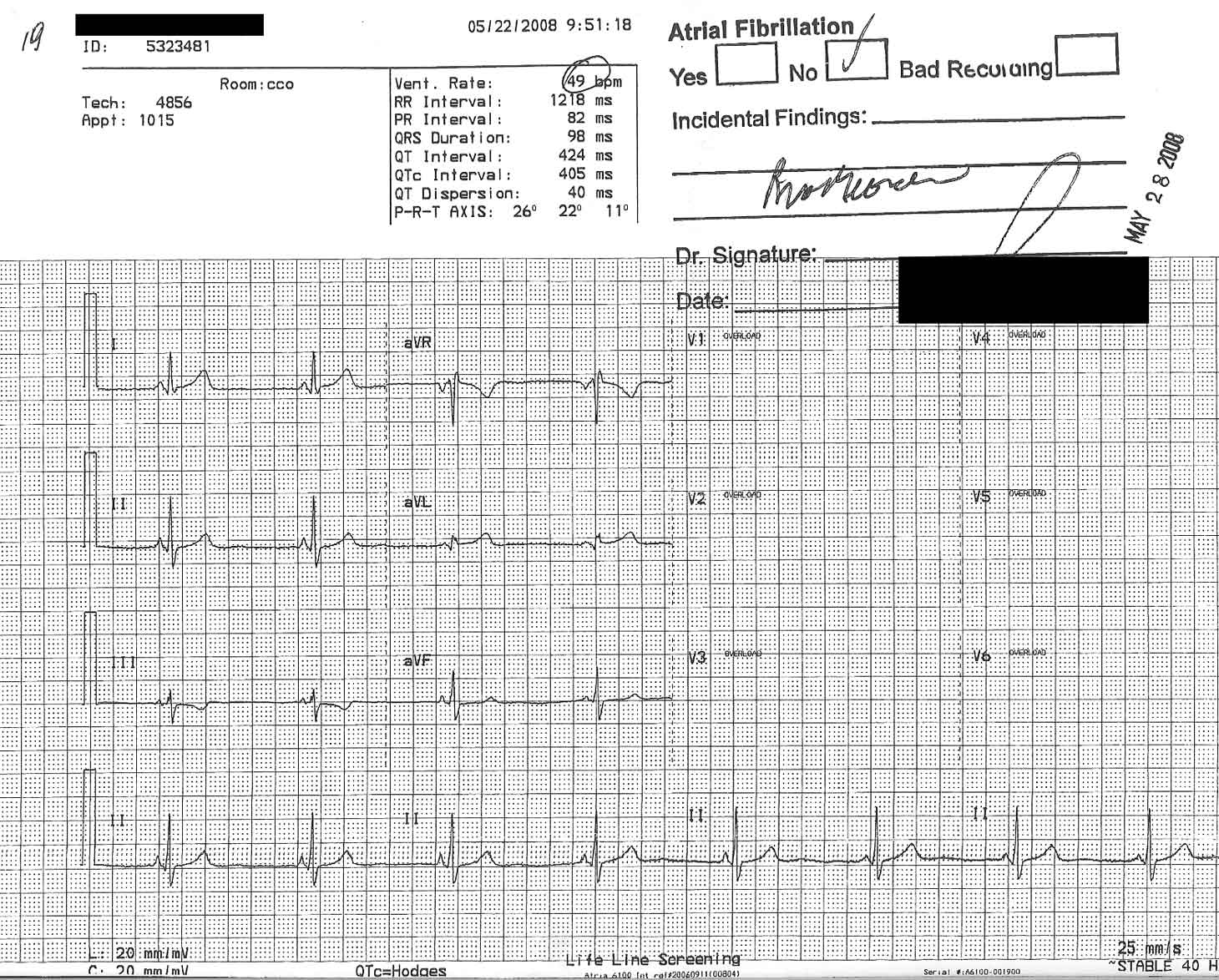 Never mind that the “EKG” wasn’t really an EKG, but rather a “screening” that contained only six of the usual 12 EKG leads, so if an “abnormality” was found, another real EKG would have to be performed.

Never mind that no one would explain the results to her, but rather sent this letter describing a “suspected abnormality” whose findings are “described on the enclosed rhythm strip:” 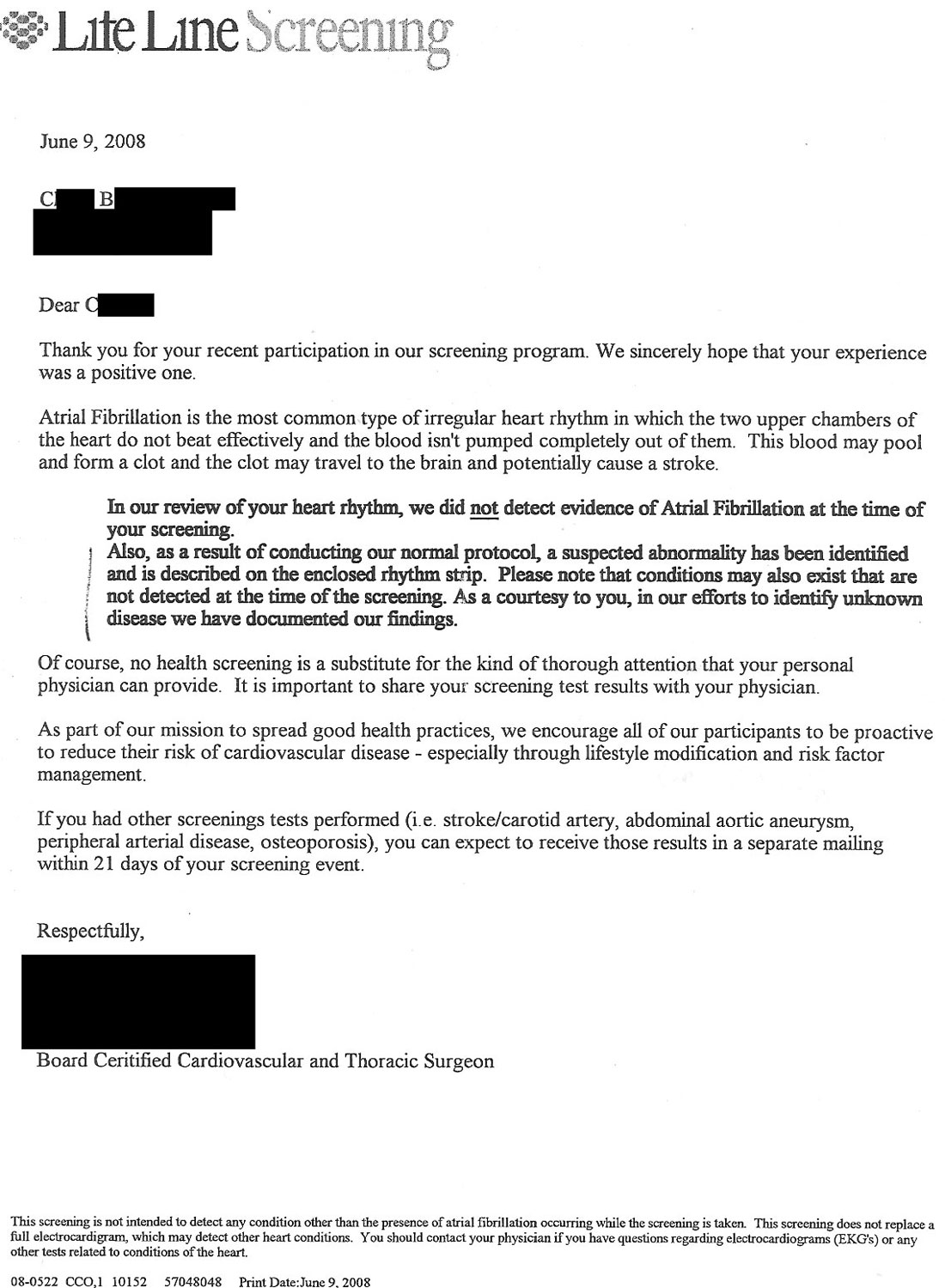 Never mind that the patient could not read the findings “described on the rhythm strip.”

Never mind that the patient’s short PR interval was not identified.

Never mind that the screening company, in their effort to “spread good health practices” fails to mention how to perform “lifestyle modification” or “risk factor management” in their cover letter.

Never mind that all of the other tests performed by the screening company for carotid/stroke, abdominal aortic aneurism, peripheral vascular disease aren’t real tests either, but different “screening tests” that will require more tests if an abnormality is found.

Never mind a cardiac electrophysiologist charges the patient several hundred dollars for “clarification” of the scribbled interpretation of the rhythm strip: “Bradycardia.”

Worse still: never mind that taking a pulse would have served as a much more cost-effective “screening” test for atrial fibrillation in most patients.

Regarding ways to save money to our healthcare system and patients…

Makes me want to SCREAM!!!'

and my friends call me "cranky" for refusing to have anything to do with so-called employee "wellness" programs.

Trolling - you got that right. My wonderful institution started trolling poor suckers a couple of years ago with a big Women's health expo. Then they brag about how many people they've sucked in for further tests with their scaremongering and free screenings and call it making great strides in "delivering quality healthcare to the community".

I was just going to say, why don't they just palpate a pulse? But alas, you beat me to it. And we all know the answer already.
1) Money
2) Politics
3) Patient

JUST GONE THROUGH
slideworld.org i find it NEW IDEA which have reduced my work .

Browse this new Store house of slide presentations www.slideworld.org
All powerpoint presentations with different categories present on the web like pathology,neurology ,cardiology,medicine etc
Check this out.....