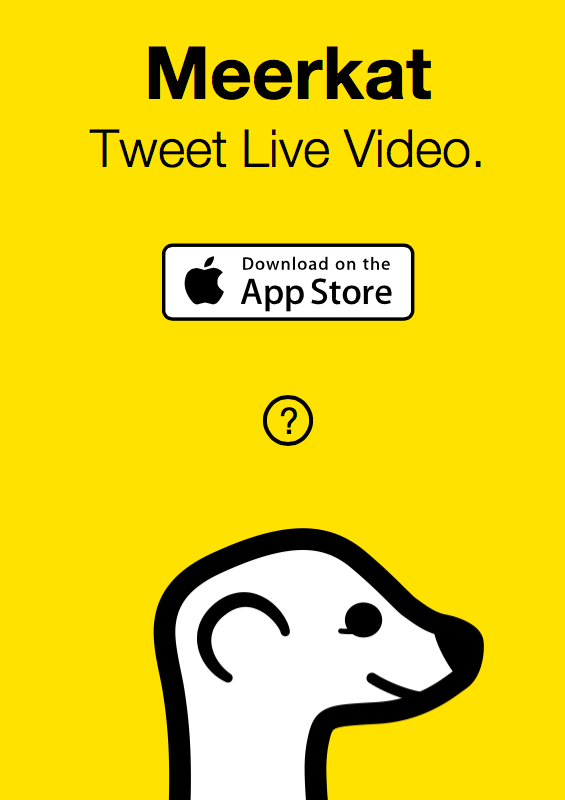 I woke this morning in a cold sweat as I found myself wrestling with a thought.

Am I Big Brother?

But the social media story is not always one of roses.

Everyone has a camera with them.  Everyone at meetings (especially scientific sessions far away from the office) is shooting pictures of abstracts, friends, selfies, drug company displays … whatever - despite a policy to the contrary.

And now, there's even live streaming video on Twitter.  I experimented with one of these yesterday called Meerkat.  (Twitter recently announced a partnership with competing live video feed service called Periscope, so this feature is here to stay).  For $1.99 I downloaded the Meerkat app to my cell phone, linked my Twitter account, and my ability to transform any experience into a live video feed transmitted instantly to the world was complete.  There are some "rules" associated with Meerkat.  Yet even with these rules, I found it disquieting that I held Big Brother's camera in my hand, if only for a few minutes.  Those videos might not be on the "cloud" by policy, but how do I know where else they're stored, or used.

There is a remarkable power, subversiveness, and wonder in the simplicity of this new technology to send live video feeds from a mobile phone.  It is both novel and "cool."  But I still deleted the video that I sent from the ACC meeting yesterday from my iPhone this morning after I thought about things. Perhaps I'm being overly cautious because videos can still be taken at meetings and uploaded to YouTube for the world to share.  But somehow this live feed was different - so instantaneous, so uncontrollable.

And as a doctor, I don't want to become an agent for Big Brother.