A new report published online in the Journal of the American College of Cardiology and reported in theHeart.org and elsewhere, suggests the infection rate of cardiac implantable electronic devices (CEID's) between 1993 and 2008 has greatly increased from 1.53% in 2004 to 2.41% in 2008 (p < 0.001) with a dramatic rise in 2005: 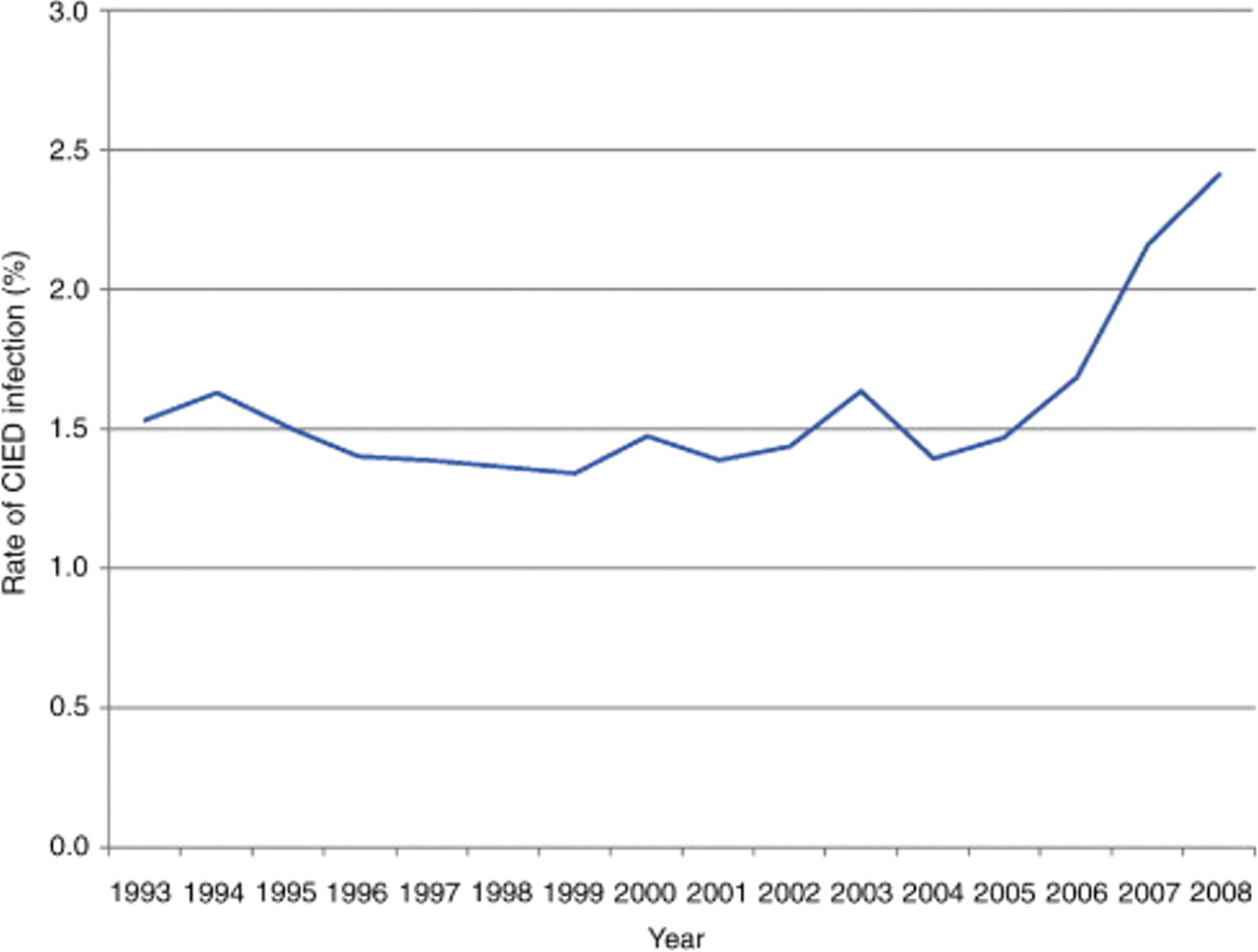 The authors explain this sudden increase on the basis of comorbities:

The authors also noted that ICD implant incidence increased from 12% to 35% of all implants over the 16-year period. But despite the increase in incidence of ICD implants and proposed patient morbidity, wasn't 2005 the same year a rash of ICD recalls and negative press occurred? Why didn't infection rates decrease in 2006-2008 when ICD implant rates fell? Might there have been another huge reason infection rates suddenly "increased?"

In January 2005 the Centers for Medicare and Medicaid Services (CMS) expanded the covered indications for primary prevention implantable cardioverter defibrillators (ICDs) to incorporate the findings from the recently published Sudden Cardiac Death in Heart Failure Trial (SCD-HeFT) and the Multicenter Automatic Defibrillator Implantation Trial II (MADIT II). As part of this expansion, CMS mandated that a national registry be formed to compile data on Medicare patients implanted with primary prevention ICDs to confirm the appropriateness of ICD utilization in this patient population. Responding to this mandate, a collaborative effort of the Heart Rhythm Society (HRS) and the American College of Cardiology Foundation (ACCF), utilizing the expertise of the National Cardiovascular Data Registry (NCDR®), developed Version 1 of the ICD Registry™. CMS selected the NCDR ICD Registry as the mandated national registry in October 2005 and enrollment opened on January 1, 2006.

So more devices by more implanters, about a quarter of whom had a limited experience implanting these devices was occurring.

Recall, too, that biventricular pacing had just come on the seen in 2002. The addition of the third pacing lead for biventricular pacing with pacing or defibrillator systems greatly increased the complexity and duration of device implant procedures. Early on, it was not uncommon for procedures to last twice or three times as long as earlier device implant procedures owing to the rudimentary lead delivery systems in place.

In addition, it would be very unlikely that the morbidity of the average hospital patient population suddenly changed significantly in 2005 compared to the earlier years studied. Was there a sudden run on respiratory and renal diseases that I was unaware of?

In conclusion, many other factors have played a role in the higher infection rates reported for implantable cardiac devices after 2005. I suspect conventional device implantation infection rates have not changed much. Instead, the combination of more complicated devices paired with better measurement of complication rates (and the requirement to do so) more likely explains the "rise" of the infection rates seen.

Still, it's helpful to review these data. But further analyses are warranted before implicating the increase in infection rate seen on only the co-morbidity measurements made from the weak data offered by computerized Medicare diagnosis codes.

Haven't we learned this by now?

The graph's too clear, Wes. Am I missing something? (I hope)