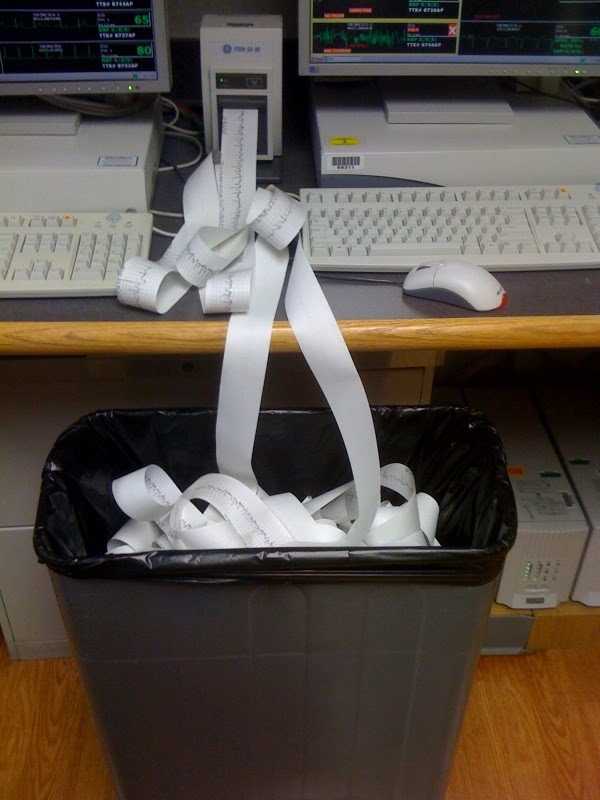 It happens in every hospital telemetry ward: alarm fatigue. Thanks to the need to draw attention to nurses who manage four or more patients at a time using bed alarms, infusion pump alarms, call buttons and telemetry monitors, nurses and nurse's aides are increasingly barraged by noises. With time, these noises fall into the daily hum drum of hospital care and are often missed. Most of these sounds are bell-like noises - often of varying intensity.

I would suggest systems be developed with unique "ring-tones" not too dissimilar from various ring-tones we find on cell phones that would be more apt to draw people's attention - the European ambulance sound for a bed alarm, or fog horn blast for sustained ventricular tachycardia might be heeded to a greater degree than gentle "pings" from our current generation of monitors. For course, a few bars of "Stairway to Heaven" might be a bit inappropriate, but certainly to generate a smile as the nurse rushed to the patient's aide.

Then again, dedicated monitor nurses or techs would work, too.

Great of you to point out that nurses have many patients in a "noisy" environment. It seems a lot of articles make alarm fatigue seem as though it is a "choice". It would be great if the device industry could advance technology to reduce the number of false alarms. Drs. Lynn and Curry make some interesting points about the role of technology in alarm fatigue in their article Patterns of Unexpected in-hospital deaths (www.pssjournal.com/content/5/1/3). While we wait for that, I do like your suggestions for ring tones!