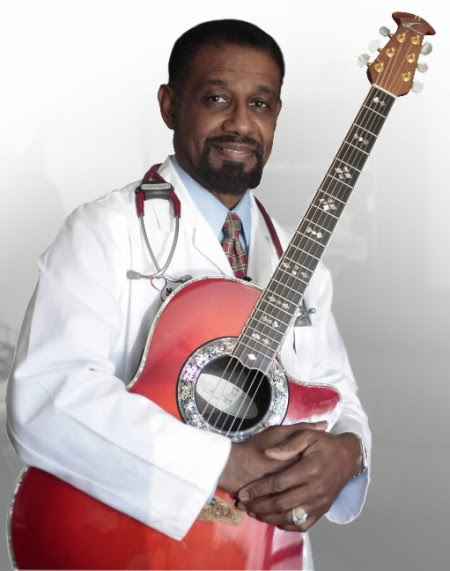 With health care reform going as it has in the US, it might be useful to consider blending a little cardiology and country music, like cardiologist Cleve Francis, MD did:

A woman hobbles up to Francis and leans on her cane. "You were wonderful!" she says. "I had to come see you; you gave me my stress test before I had knee surgery."

Francis asks how she's getting along. "I'm still going!" she says. He smiles.

"Do you mind taking a picture with us?" says a young fan with a parent on either arm. "You saved my dad's life." Francis obliges, putting an arm around the man, who whispers something into his physician's ear before ambling into the night.

A couple asks Francis to sign a CD of his self-released live album, "Story Time," which was recorded during an earlier Birchmere concert. A man inching up the line in a walker can't believe it. "You want his autograph? I get it on a prescription every three weeks," he says.