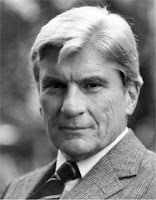 Senator John W. Warner (R-Va.) had to go back in the hospital for management of atrial fibrillation. Seems he had a "non-surgical therapy that was deemed successful" (cardioversion?) in October. He joins the ranks with the most common arrhythmia known to man.

Now that he's recurred, what options for therapy exist?

His best therapy will be determined by his symptoms. Anticoagulation is likely to be started, tho' it will depend on his other medical issues. The recently-published ACC/AHA/Physician Consortium 2008 Clinical Performance Measures for Adults With Nonvalvular Atrial Fibrillation or Atrial Flutter outlines the use of the CHADS2 score (Cardiac failure, Hypertention, Age over 75, Diabetes, and Stroke [doubled]) as a point scale to assess who needs the blood thinner warfarin. Scores greater than one typically are treated with warfarin.

Beyond this, his heart rhythm management is kind of like Goldilocks and the Three Bears: if his rate is too slow, a pacemaker might be in his future. If his heart rate is too fast, medications (like beta blockers or calcium channel blockers) might be used to slow the heart rate. If the irregularity of the rhythm bothers him, then catheter ablation or a rhythm control drug (like Amiodarone or Dofetilide) might be used (the later of these two requires a 3-day hospital stay to initiate the drug). Of course, another cardioversion could be performed as well, but his arrhythmia has already proven it's likely to recur.

In and of itself, atrial fibrillation can be well-tolerated if the heart rate is well controlled. Hopefully he'll do well and have a short hospital stay.

Want more about atrial fibrillation? Feel free to peruse my Atrial Fibrillation Tutorial - it's better than any sleeping pill out there.
Posted by DrWes at 2/26/2008 04:03:00 PM

And he had all this at my lovely INOVA Fairfax Hospital. I was there today in the beautiful Cardiovascular Building.