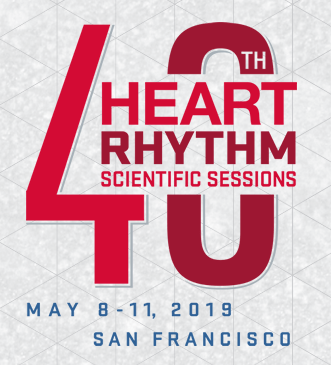 I had just left the Opening Plenary Session at the 2019 Heart Rhythm Society (HRS) Scientific Sessions in San Francisco and was sitting my cup of coffee when he approached me.

I wasn't really sure how I should respond, so I was polite and spoke slowly.

"It was nice," I said, waiting to hear what he had to say.

"I thought it was kind of weird. The 'story-telling' theme felt a bit creepy -promotional and like a Ted Talk. I mean, don't get me wrong, I like that guy's podcast and all (Guy Raz from NPR was the keynote speaker), but the 'past, present, future' thing? That kinda left me cold."

I felt a little more comfortable because I found the message of physician "story-telling" left me flat, too.

For those who weren't in attendance, the theme of the Opening Plenary Session this year was "The Importance of Story-telling."  A cool video of the pioneers of EP was displayed, along with the timeline of when the various EP innovations occurred (this was the best part, IMO).

Then, the lights dimmed just before Tom Deering, MD, the current President of the Heart Rhythm Society came. With lights rising and music playing, he welcomed the nearly 11,000 physicians in attendance this year. He didn't miss a beat (pun intended) as he delivered his message. It was then I saw the two, huge teleprompter screens, scrolling his lines before him. The message took on the look of an informercial. It was surreal. (I'm not sure why I've never noticed this before.) Scientific sessions are being carefully scripted.

The organizer of the Scientific Sessions was then introduced and similarly gave a teleprompter-assisted thank you the various folks who helped with organization of the meeting. Then Mr Guy Raz from NPR was introduced as keynote speaker.

I apologize that I may not be telling the whole story Mr Raz told correctly, but I hope you'll get the general gist of his message.

Mr Raz began his talk with a story of a recent illness and hospitalization he had suffered from a recent episode of cellulitis just before this meeting. Because of his fever to 103, he had missed the fact that he had a very red rash climbing his leg discovered after he presented to his local ER. He was recommended to be admitted for treatment. He was told he would likely be admitted for 48 hours. In his conversations with the ER doctor, as he tried to tactfully explain he really needed to be out of the hospital sooner because he had another speaking engagement for his friend, Jimmy Fallon. He described the excitement the ER doctor had over learning that he knew Jimmy Fallon ad how important the doctor made Mr. Raz feel. Mr Raz then delivered his message: that really, doctors are much more important than NPR hosts that speak on behalf of Jimmy Fallon. After all, they save lives and care for acutely ill patients every day. (Yeah, I thought the same thing: "This is the message?" We never really heard what happened next.)

He then introduced three series of physicians and allied professional leaders at HRS whom he interviewed. It was like a polite, handsome Ebenezer Scrooge interviewing the Ghosts of Electrophysiology Past, Present, and Future in a scripted, "fireside chat" kind of format. (We've seen this format before. It seems very popular right now with corporations.) We heard about the $1 registration fees and the hope that physicians would show up for their first meeting while we reflected on the $1800 registration fee today. We then watched a video for the future where nothing was impossible; the entire interconnected world's health problems, and even catheter ablation, treated from the comfort of your living room provided, of course, you had an iPhone. (Call it "editorial license run amok.")

I wonder: is "the importance of story-telling" really the right message we want conveyed to a room full of gullible young EPs and allied professional there for their first meeting? Or do we want them to see and interact with leaders in science learn critical review without the bright lights and teleprompters?

Stories, as important as they be at times, can also be spun.

Physicians will get much further if we remember who we are and who we serve and just keep it real.

Puttin' on the Ritz for the Super-Duper Million Dollar Troopers

MOC and Machine Learning (Not to worry about MOC if there are no people left in the medical profession.

I wonder if there is an "intelligent machine" that could do the job of every human being. Jobs have been offshored and they have been replaced by smart machines that don't demand paychecks/vacation days and healthcare insurance.

Soon we may have driverless medicine. It is just around the next dangerous corner.

ABIM Chairman/Board Bob Wachter announcing a new AI initiative between the Doctors Company (Wachter is a governor/director) and UCSF (Wachter is Chair of Medicine at UCSF.)
https://twitter.com/Bob_Wachter

IPC, the Hospitalist a technology company that uses people. (Hospitalists) IPC was bought out by Team Health then swallowed back by Chronos, the timeless Blackstone private equity group.
https://www.psqh.com/news/ipc-the-hospitalist-company-partners-with-ucsf-to-create-leadership-program-in-hospital-medicine/

Are computer programs/programmed intelligence and digital ML systems really so smart? They cannot read between the lines or understand as human beings do or have insight that is beyond programming/data. MOC programs/morphs physicians into being digital zombies.

Is there a timeless dimension beyond thought that can transform us and bring us back to reality?