The Obfuscation of Benefits

"Dr. Wes, I couldn't believe the prices after my wife's surgery and three and a half-day hospital stay."

"Yeah, it's crazy, isn't it? But the prices aren't really the prices, you know - everything's marked up because hospitals know they won't get paid the full amount by the insurers."

"So why did my remaining deductible that I had to pay go to the hospital so they'd make 100% of their billed amount when the guys doing the surgery only got 29% of what they billed?"

"I got sent this form that said it was my 'Explanation of Benefits' from my insurer..."

"... and the hospital's portion of the bill was $53,619.70 and they got paid 100% of what they billed from my insurer provided, of course, you include my co-pay. You want to see? Here's what they sent me for the hospital charges:" 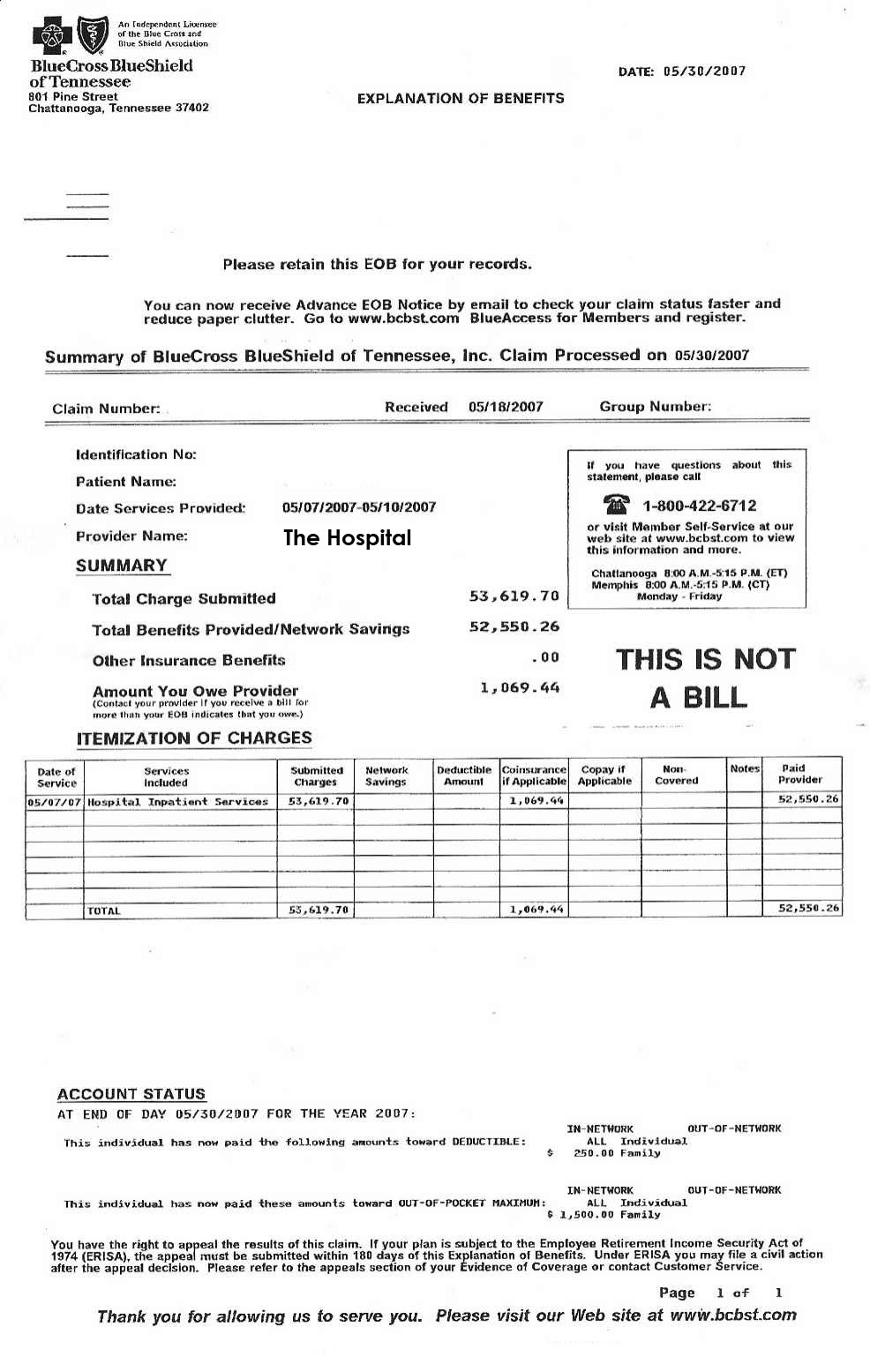 "See? I had to pay my co-pay so the hospital made 100% of what they billed... and yet the surgeon who did the surgery only made 29% of what he billed. Here's two 'Explanation of Benefit' forms of what they paid my surgeon....:" 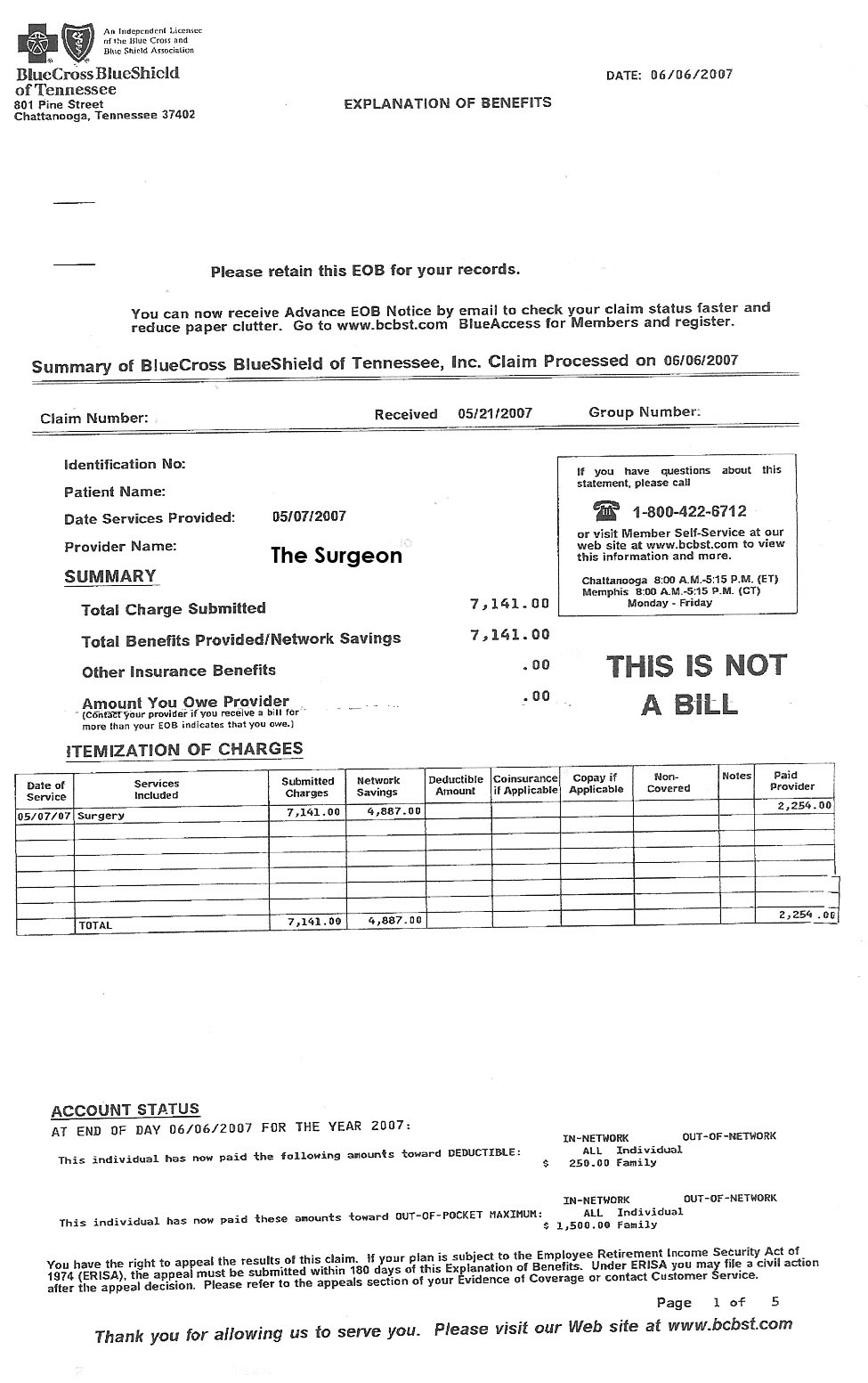 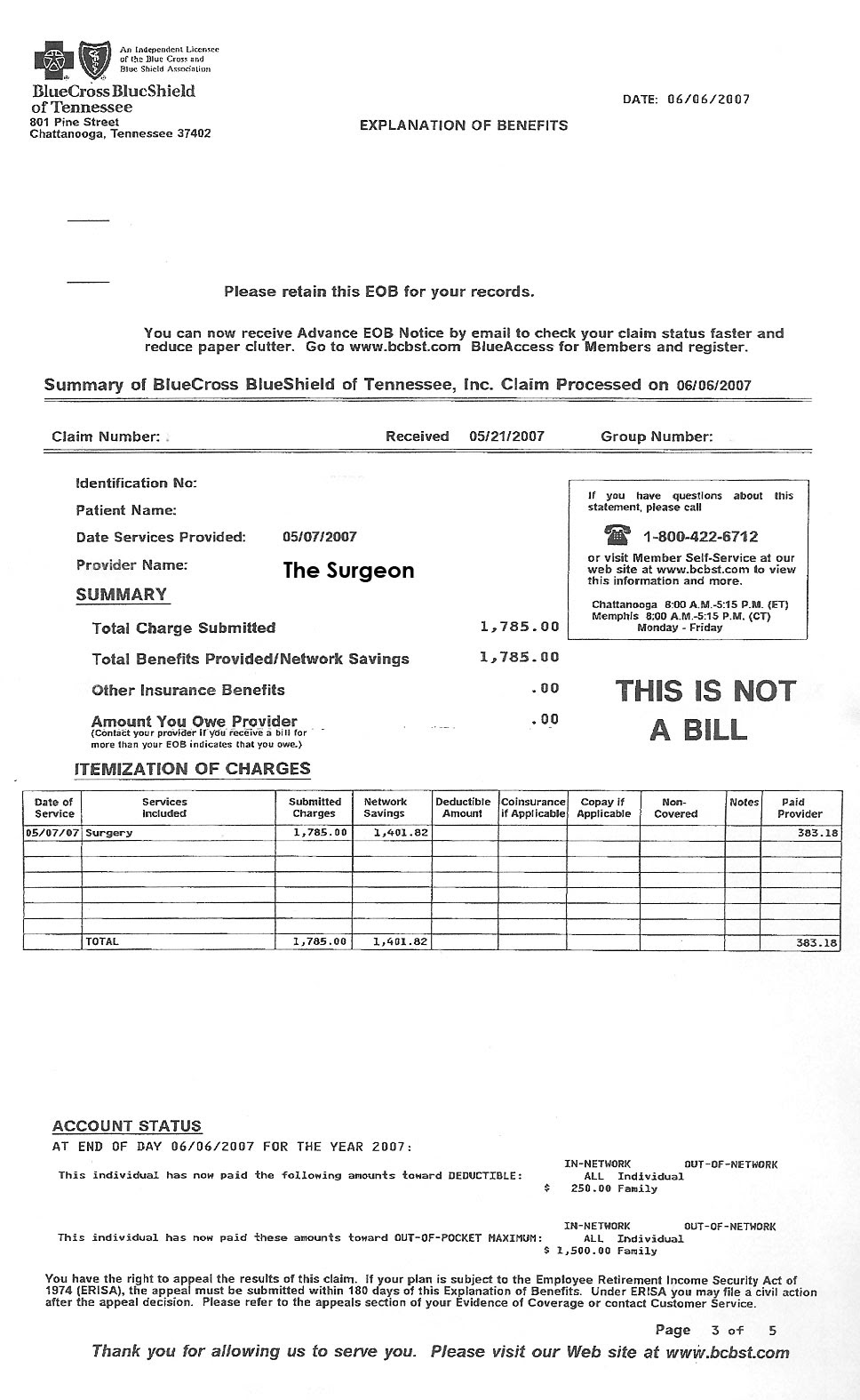 "... I mean, why two payments to my surgeon? And why didn't he get paid the full amount he billed? He was the one doing the surgery, right? I would have rather my co-payment go to the guy doing the surgery rather than the hospital..."

"I mean, even the anesthesiologist got paid only 51% of what he billed, but the hospital got 100%! Look:" 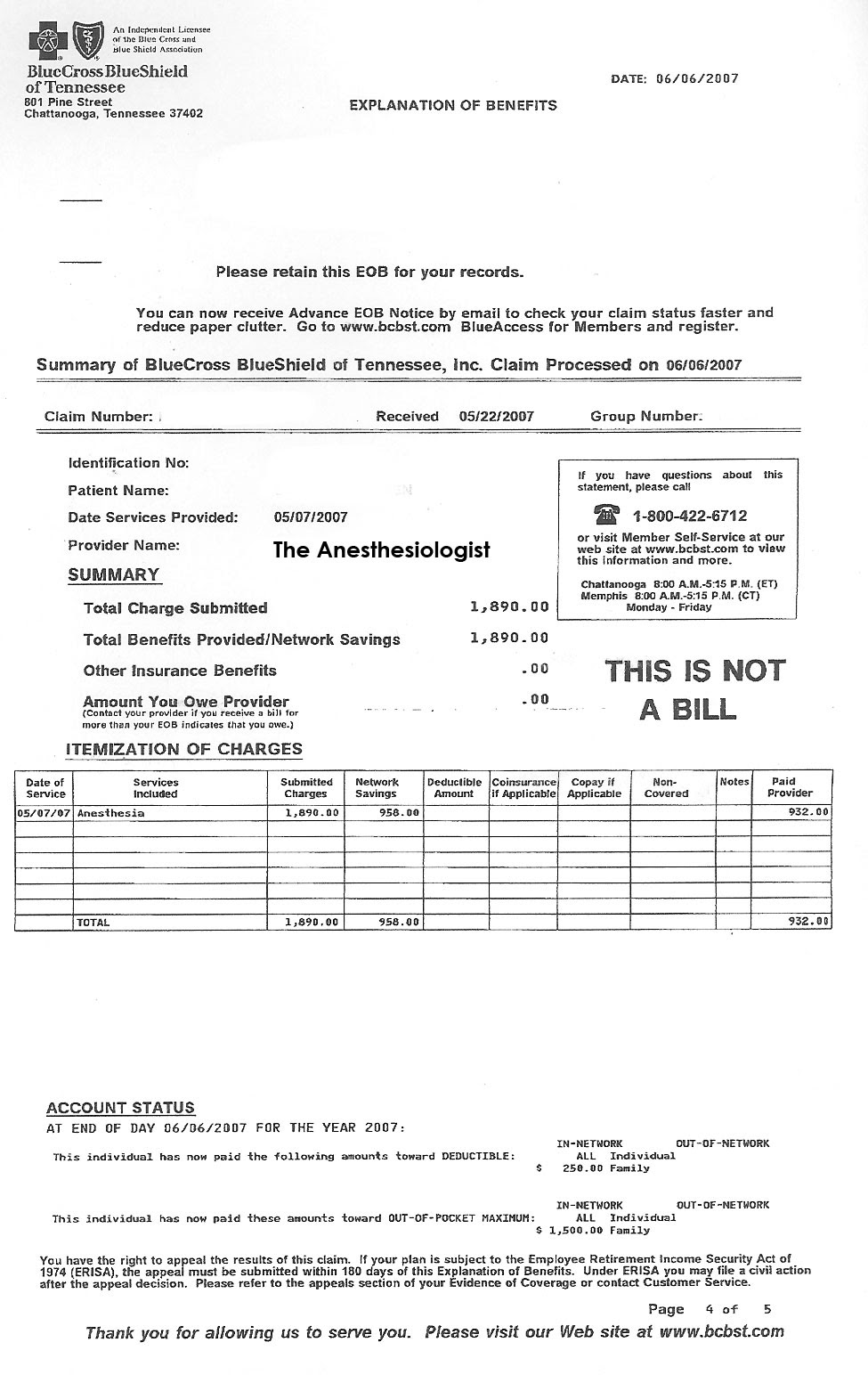 "...I mean, wasn't the anesthesia guy pretty important to my wife when her surgery was going on? Why should the hospital get 100% and he make only a portion of what he billed?"

"You know what doc?"

"That sucks. And you know what else?"

I don't think more coffee would help with this one. Confusing. Send it to Happy Hospitalist.

Exactly my point. Confusing, to say the least.

The hospital bills $53K+ dollars, gets $53K+ dollars and the patient pays part of that. The doctors bill a certain amount and only receive a portion of the amount billed. There is no line-itemization of where the money goes. Why did the surgeon receive two payments - well because the insurer "paid" for "surgery" - but we aren't even informed what type of surgery was performed. But they also paid for "surgery" to the hospital. We assume this "covered" many costs. But which costs? How much was paid for meds, how much for the room, how much for the OR? It's anybody's guess.

Now maybe people don't want to know where all this money is flowing. But in the case of this patient's husband, he wanted to know, but was left confused and irritated that his co-pay was paying the hospital and not his wife's surgeon or anesthesiologist.

For patient's, Explanation of Benefits reports received from insurers are often anything but an explanation of benefits. Instead as was seen in this case, they obfuscate the money trail and confound any attempt at cost transparency and rational understanding of why healthcare costs are so high.

The lack of proper itemization on the EOB is poor form. However, an itemized bill should be available from the hospital upon request.

Dr. Wes... thanks for the welcome!

can you stop using such big words. thanks. happy.