Could a Bra Interact With a Pacemaker or Defibrillator? 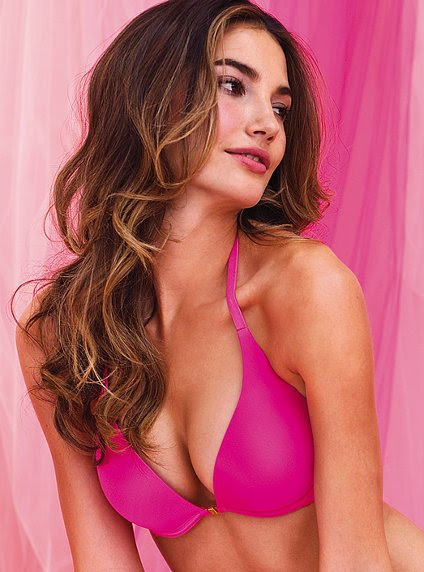 "I was reading one of your old posts about magnets and I was wondering if a magnetic front closure on a bra would be a problem? There's a warning on the label but I know part of that is just due to liability. What about the new Victoria Secret bra that has a magnet clasp on the front? If the magnet hits right in between the breasts would it be close enough to the device that it could interfere? Also does having a magnet that close change the settings or turn off a defibrillator/pacemaker early? I'm sure most doctors would say just wear another bra but this bra in particular is very comfy! I've tried it on but not worn it for extended periods of time. Luckily this is one of the only major complaints I've had about having heart disease and a medtronic device at such a young age."

First, let me say thank you for asking this question: who knew research could be so, er, entertaining! Second, this question reinforces why medical blogging is so great: you learn something new every day.

Now, as I slap myself back to a bit more professional stance, I'll summarize by saying I think you'll be okay to use such a bra with some precautions. Given the picture and the clasp's location, this bra is more likely to interfere with the pacemaker of the partner you hug rather than yourself, provided your pacemaker was implanted over 3 centimeters from the magnetic clasp. Since most pacemakers and defibrillators are implanted just below the collar bone, the chance of the magenetic clasp to interfere with your device is remote. From my earlier post:

Pacemakers and defibrillators contain a small "reed switch" that is sensitive to magnetic fields that allows patients and their doctors an opportunity to affect their device to perform specific functions outlined below.

In the case of pacemakers, the activated reed switch tells the pacemaker to pace, irrespective of the person's underlying rhythm, at a specific rate (determined by the manufacturer of the pacemaker). When the rate changes, this tells doctors how much voltage is left in the person's pacemaker, and uses the paced rate to act like a battery meter, telling doctors when the pacemaker battery voltage is getting low. It does NOT inhibit pacemaker output. (Oh, there will be some wise guy that says that pacing that does not synchronize with one's heart rhythm could land in the "vulnerable period" of the cardiac cycle and induce an abnormal rhythm (and yes, that can occur), but magnet checks are done tens of thousands of times a day in the US and I have never heard of someone dying from this with conventional pacemakers).

Most if not all 'new' pacemakers and ICDs utilize Hall-effect sensors now instead of Reed switches. Although Reed switch has been reliable and stable, it is still mechanical with moving parts.

It's sad and a tad pathetic that you seemed unable to answer a legitimate and serious question here from a young heart patient without stooping to such juvenile yuck-yucking about the "entertainment" value of your witty blogging.

I'm actually considering adding your statement to a post called "Stupid Things Doctors Say To Heart Patients" - a collection of actual comments that docs have said out loud to the women heart attack survivors I interviewed on Inspire's WomenHeart online support community, which will run tomorrow January 13th on HEART SISTERS - www.myheartsisters.org

I think a person like you will find these stories highly hilarious, even though the women interviewed didn't seem to think them very funny at all for some strange reason.

Women survivors reading this will likely agree on one thing you wrote: that you do deserve to "slap yourself back to a bit more professional stance" if you are remotely interested in maintaining any sense of credibility.

I took the time to research this woman's very legitimate question and posted a scientific reference substantiating the data for her.

Sorry you found my sophomoric prose offensive and perhaps I should have known better, but I take issue with you suggesting that providing this information for her (and others like her who were too afraid to ask) was "stupid."

Best of luck with your support group.

Dr. Wes,
This is my first time visiting your blog, and I was interested in learning the answer to the young woman's question.

However, like Carolyn Thomas, I nearly didn't get by the first paragraph. I found it very offensive.

As for your comment that you're sorry Ms. Thomas thought it stupid to answer the question....I don't think she thought that answering the question was at all stupid. I'm pretty sure that it was the first paragraph that was stupid....not the answer.

When you preface your answer to a legitimate question with a leer, it gives permission for men who may be reading your blog, to see women as mere sexual objects. If you, as a professional, are fixated upon women's breasts, so be it, but please keep it to yourself. There is no need to use your status as an electrophysiologist to publicly objectify women.

On the other hand, I see that Ms. Thomas has shown you the respect of addressing you by the name you prefer, which includes your title. Perhaps you could show her the same courtesy.