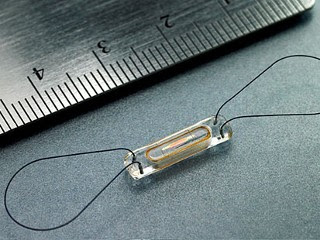 But I wonder, given the information on the lack of utility of more invasive Swan Ganz catheters to change patient outcomes and given the earlier failure of another implanted pressure sensor to reach a real-life significant clinical endpoint, if such a technology will develop. After all, pressure changes in the heart are very dynamic - varying with fluid loads, exercise loads, periods of hypoglycemia or other metabolic derangements, etc. And now this week we learn that kicking heart failure patients out of the hospital too soon once they are admitted might be just as harmful as keeping them a bit longer.

All this before any mention of what a foreign body implanted in the pulmonary artery in patients might bring if people's anticoagulation status were subtherapeutic, even if for a little while (think minor surgical procedure).

So while these preliminary results of the CardioMEMS device were encouraging, they should be taken with a grain of salt (or perhaps, for heart failure patients, a grain of caution).

I thought of you when I saw this. Thanks for your input.

Did you mean to use the word "embolic" in your title? If so, I'm confused.