On Cell Phones and Remote Diagnostics 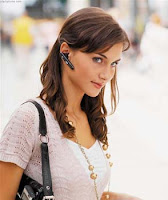 Imagine the day where your Bluetooth headset, coupled with a cell phone on your waist, might transmit a text message to an emergency room that you're having a heart attack or cardiac arrest. The text message would contain your GPS coordinates and notify an ER and ambulance dispatcher automatically.

But the implications of such technology are not trivial. Would resources exist to respond to all the messages received? What would the battery drain be on such a cell phone device for such monitoring? How does one confirm that the device is not sending a false signal? What are the steps after a message is received - call the patient or do we just send the ambulance to reduce the "door-to-balloon" time? Who will man the telephone 24/7? How will they be paid? Are funds best allocated for damage control like this, or prevention of the heart attack in the first place?

While there might be a role for such services in patients identified at high risk for cardiac problems, deployment of such technology to the population at large might overwhelm our already understaffed ER's.

What is interesting in this story, however, is the potential for delivering therapy (not just making a diagnosis) in patients with previously-implanted cardiac pacemakers and defibrillators using wireless technology. Medtronic, St. Jude, Boston Scientific and others already have wireless platforms available for their defibrillators that feed information from their devices to a central server for doctors to review on-line to assess device function and the treatments delivered. What if the doctor could review an event real-time and program a device remotely to respond in kind?

This ability may not be far off and offers a dazzling array of potential for remote therapies as well as diagnostics: imagine remote-controlled drug therapy or the ability to reprogram the device to prolong battery longevity without the patient having to make a trip to the doctor's office. Likewise, if a previously undiagnosed arrhythmia arises that can be managed easily by repramming the device remotely, maybe we could save a few more trips to the emergency rooms.

But similar issues remain as with the cell phone mentioned earlier - reliability of internet connections and wireless transmissions, the problems with battery drain on the device for such computer-monitoring overhead, reimbursement for such "therapy-delivery" expertise by the "treating" physician? Is it safe to do in the first place? These are just a few.

The potential for significant medical cost savings and patient convenience might just drive this bus. And if these engineering and logistical issues for such technological therapies can be resolved, it will be a whole new era in medical device therapy.