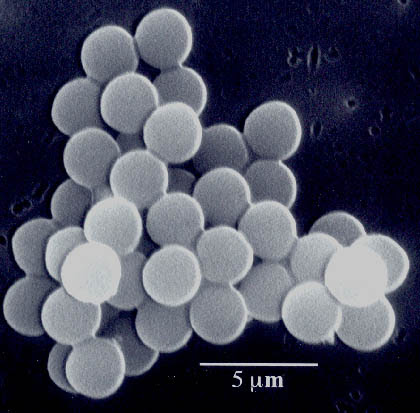 It seems the FDA is about to issue a block box warning on echocardiographic contrast agents:

A spokeswoman for the agency told the Health Blog that it “has been investigating reports of deaths and serious cardiopulmonary reactions.” The FDA will alert health-care professionals about the “serious risks” and “provide guidance regarding the safe use” of the drugs, she said. The warning could come later this week.

The contrast agents are used in a small fraction of echocardiograms, the FDA said. Doctors often turn to the drugs when ultrasound without them is inconclusive.

The principal drug at issue is Definity, made by Bristol-Myers Squibb. A second drug called Optison, from General Electric, is also expected to get the same labeling treatment. The drugs contain microscopic gas-filled spheres and are injected into the veins of patients to punch up the contrast of images for tough cases. After a few minutes the gas leaves the body.

The agency has asked the manufacturers to update their product labeling, which they’ve agreed to do, the FDA spokeswoman said. So look for some new black boxes, the sternest warnings available, that would tell doctors not to use the medicines in patients with unstable angina, acute heart attacks and unstable cardiopulmonary disease, according to people familiar with the matter.

It’s also expected that the labels would instruct doctors to monitor patients’ heartbeats for trouble with an electrocardiogram, or ECG, for a half-hour after the ultrasound exam is finished.

It seems that these agents have been associated with some extention of the EKG's QT interval slightly and there are concerns they may be proarrhythmic. These agents already have a warning regarding their use in patient's with suspected cardiac shunts because the phospholipid-encapsulated microspheres can bypass the lung's natural filtering mechanism and potentially cause microsphere trapping in small arterioles under 15 mm in size, especially at branch points. it is interesting to note that deaths have been reported late after the use of these agents:

Among the 1716 activated DEFINITY® patients, 19 (1.1%) suffered serious cardiopulmonary adverse events including eight deaths. The deaths occurred several days after activated DEFINITY® administration and appear to be related to the course of underlying disease. Of the 11 other serious adverse events, which appeared within days of the drug administration (2-15 days), all appeared to be a progression underlying cardiac and non-cardiac disease.

These imaging agents can really help evaluate the heart function of our increasingly obese population undergoing echocardiography, but the logistical nightmare required to monitor these patients after their echo might significantly limit their use.

I'll update this post when the FDA's statement is issued.

Email ThisBlogThis!Share to TwitterShare to FacebookShare to Pinterest
Labels: echocardiography

Hmmm.
Wonder if this will stop all those Definity educational offerings from appearing in my inbox.

For those interested, the black box warning, and the labeling change can be found here. The monitoring requirements are frequent vital signs, EKG and pulse oximetry monitoring for at least 30 minutes after the echocardiogram with resuscitation equipment nearby.


The CONTRAINDICATIONS INCLUDE patients with known or suspected:

· Respiratory failure, as manifest by signs or symptoms of carbon dioxide retention or
hypoxemia,

· Severe emphysema, pulmonary emboli or other conditions that cause pulmonary hypertension due to compromised pulmonary arterial vasculature,

And obviously, do not administer DEFINITY by intra-arterial injection.