If The Hunger Games Came to Medicine

““A totalitarian state is in effect a theocracy, and its ruling caste, in order to keep its position, has to be thought of as infallible. But since, in practice, no one is infallible, it is frequently necessary to rearrange past events in order to show that this or that mistake was not made, or that this or that imaginary triumph actually happened.”
- George Orwell 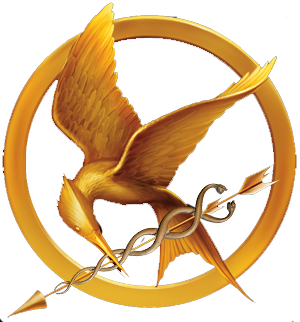 The brushed, steel belly of the scalpel blade pressed down on the orange antibacterial film and released the subcutaneous yellow fat globules surrounded by small beads of red blood.  The movement of his hand was fluid, purposeful, and without hesitation.  The electrocautery pen carefully seared the points where blood appeared.  A retractor was installed to spread the tissues farther apart as he worked quickly to gain access to the tissue plane just above the muscle.  His movements were deft for he knew they were watching.

The Capitol's campaign to ensure perfect outcomes was well underway. They had installed cameras throughout the hospital just four short years before: in the halls, the changing rooms, at the scrub sinks, and in the operating rooms.  The Capitol had discovered that the operating room was like yesterday's boxing ring, or even farther back in the mists, the Coliseum.  In the New World unpredictable events and venues that stirred primitive passions were few - and yet they were longed for as they were feared.  This context explained the popularity of the annual Hunger Games, created as punishment for the destruction of District 13 by a failed patient uprising after the health care financial apocalypse.  Each year, one male and one female physician "tribute" from each of the surrounding twelve Districts were selected by lottery and performance metrics to fight each other to the death. Providing spectators with a window into the drama, and ensuring that drama by creating just the right conditions, gave spectators a sense of aliveness that they barely remembered, and just enough to stimulate fear.  The Games also served as the perfect venue to deflect blame from the Capitol's expedience in sacrificing people for their own avarice.

The call had come after a full, exhausting day.  The patient had presented to the Emergency Room only two weeks after open heart surgery for coronary disease and to replace his critically-narrowed aortic valve.  The surgeon-tribute wasn’t sure why his conduction system should fail this late after surgery but it didn’t matter; his heart rate had slowed to a dangerous 19 beats per minute. His blood pressure, while low, remained stable.  A quick review of this medication list disclosed the mandatory heart medications that included an anticoagulant for the heart valve and antiplatelet agents for his coronary disease.  No heart rate slowing medication was being used so the Capitol's appropriateness indication to proceed with the procedure was indisputable.  It was also fortunate that the anticoagulant the patient was taking hadn’t thinned his blood too far.   He decided to take him to the operating room directly.  It was 3 am.

Meanwhile, back at the TV studio:  “I tell you, Frank, every year the footage gets better and better!  How did your team know that these untenable circumstances would result in such great late night viewing?  This is so exciting!”

The call team had been called, but was short-staffed.  Efficiency meant lower cost, fewer people, and longer work hours.  The designated scrub tech had car trouble and would be delayed.  So the other technician and nurse worked feverishly to ready the room.  The call had already been made to the device representative who brought the new pacemaker hardware, but he was barred from entering the operative suite for he was not part of the medical team.  Rules were rules.   The patient, of course, was agitated, gasping for breath.  The doctor worked as fast as possible to establish pacing – the air was tense.

“Are you kidding?  I love seeing this, don’t you?  The nervousness of his voice!  The anxiety!  The skeleton crew at night!  Beautiful!  I’m not sure it gets much better!”

John had no idea why his car wouldn’t start that night (but the spectators did).  He turned the key again and again, only to hear the engine spit in return.  He slammed his hand against the steering wheel, frustrated that he was unable to keep his car tuned for poor weather.  But such concerns were luxuries now that hospital budgets were tight thanks to the Capitol’s Bundled Payments for Care Improvement campaign.  Finding a ride to work became the imperative.  He raced back into the house to wake his wife in a panic, asking her whom he might call to give him a ride – they each knew the consequences of failure.  They called their neighbor and woke him from a sound sleep.  The pressured nature of their voices convinced him to loan them his car and five precious minutes later, he was off to work calling ahead to notify them of the delay.

At the hospital, Chloe answered John's call as she sat behind the monitoring console.  She was one of the best young technicians to graduate from her training school.  Still, her hospital’s equipment was not up to date because maintenance contracts were left to expire in these cost-saving times.  Still, although the software it ran was now several versions old, it still reliably fed data to the Capitol's chargemaster.  She looked down at the dust on the keyboard.  Seeing this, it was clear she couldn’t enter the room to assist because the risk of surgical contamination was too great.

The surgeon-tribute was glad he’d placed two venous sheaths to gain vascular access, rather than just one.   He had successfully placed both pacing wires through the sheaths to the patient’s right atrium, ready to be secured to their appropriate chamber.  But he needed a softer shaping wire – the stylette – to insert into the inner lumen of the pacing wire.  Without the stylette, the pacing wire had the consistency of a well-cooked spaghetti noodle.  With it, he could place the pacing wire to its appropriate chamber.    As he turned, his eyes left the surgical field for just a moment.  He scanned the table crammed with scattered instruments and hesitated briefly as he located the proper stylette.

A hush fell over the audience as they saw the opening.  They leaned forward in anticipation, reveling in their luck to see such a careless mistake.

John leaned his head in the room to notify them he’d finally arrived and would assist as soon as he could change.  The surgeon smiled, acknowledging his dogged efforts to arrive as quickly as humanly possible.  He turned to the field and shaped  the stylette to the perfect curvature that would allow him to affix the pacing wire to the lower, primary pumping chamber of the patient’s heart.  He focused his blurring vision to place the tiny stylette in the endhole of the pacing lead.   Chloe broke the silence of the moment: “Hey guys, did an electrode fall off?”

The doctor looked up briefly to see atrial P waves dancing across the monitor screen without any corresponding ventricular electrical activity. With that, his worst nightmare was realized.  The patient began posturing on the table, his head thrown back beneath the drapes, his arms slowly but powerfully raising.  The surgeon leaned forward to grab the patient while trying to control the leads, stylette, and surgical wound sterility.  The patient began violently thrashing beneath the drapes, his face turning blue and lips crimson as saliva and exhaled gases mixed into a frothy spraying mess.  He was seizing uncontrollably.  His once steady escape rhythm had chosen this unfortunate moment to stop.

If the surgeon was expecting help from a sponsor it was unlikely to be forthcoming.  Just yesterday, the tribute's most likely supporter/sponsor, Sylvia, a well-to-do matriarch from the Central District, had noticed an incipient sign of aging on her neck – subtle crepe-like thinning of her skin, this despite her  rigorous adherence to all of the Wellness Initiatives the Capitol had advertised.  She had reason to hate, didn't she? She'd  been failed one too many times.   She remembered sitting with her 65 year old mother gasping for air in one of those infernal assembly-line clinics with the young doctor glancing at the red, flashing "Do Not Admit" guideline on the computer screen as he sent them home with morphine with that flat, dead, passive expression on his face!  He didn't care then and so she wouldn't care now!

Seconds felt like hours as the patient's body slowly twisted sideways.  The nurse did all she could to support his weight and keep him from falling.  The surgeon, too, felt helpless as the powerful frame shook uncontrollably beneath the drape.  The restraints tethered his arms but his involuntary leg movement forced him further sideways.  John felt powerless as he watched from the door.  Finally, he could watch no longer and ran into the room just as the patient fell to the floor.