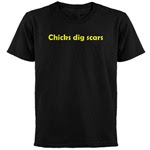 "However this turns out, I have no regrets. I love [my parents] both more than I could have ever admitted to myself. So the million-dollar question is: What does unconditional love mean to me? Everything. Worth suffering for, worth dying for, but most importantly worth living for. I have given everything I am, and everything I ever hope to be, into this decision. It was easy to make but tough to live with. This surgery may not save my father's life, but it has already saved mine."

So begins Mark Foster's decision to donate two-thirds of his liver to his father. The complex medical, social and personal decisions to proceed with live liver transplantation to his father dying of cirrhosis inflicted by Hepatitis C and alcohol are outlined in this morning's Wall Street Journal:

For decades, almost all organs used in transplants came from deceased donors. But as the operations have become more routine, the number of available organs is falling far short of demand. As a result, living donations have tripled in the past decade to about 7,000 a year, according to the United Network for Organ Sharing, which oversees transplants in the U.S.

Liver donations make up more than 300 of that number, with a close relative the typical beneficiary. Most of the rest are kidney donations. If all goes well, the two pieces of the divided liver each grow large enough to do the work of a complete organ. Yet more than a third of liver procedures have complications. Since the operation was first performed in the late 1980s, more than a dozen donors are known to have died world-wide, including three in the U.S.

The decision to surrender a piece of a liver can be an affirmation of love and selflessness. As Mark Foster and his parents discovered, it also can be an agonizing choice for the donor and recipient, one that forces families to confront tensions they might have preferred remain dormant.

And so, after significant soul-searching, Mark decides to proceed with the surgery:

Mark didn't like talking about the surgery -- people considered him either heroic or foolish. At a party, a friend's father, an anesthesiologist, reminded him of the dangers. The doctor said John had lived a long-enough life and told Mark "your life is not his." Warned he would have a significant scar, Mark gave his stock answer: "Chicks dig scars."

Living at home with no job and few friends took its toll. Ever since leaving college, Mark's life had been on hold. He had $100,000 in student loans, which he deferred; he can defer them only one more time before facing default. He still owes his college $3,000 and can't get his diploma until he pays the bill.

Mark chronicled his ordeal in his blog that contains videos of his ordeal. And yes, he's using his brief moment of fame from the article to help repay those loans. Given the national spotlight he's made for living donor transplantation, seems like the least the blog-o-sphere can do for this young man.

So spread the word.